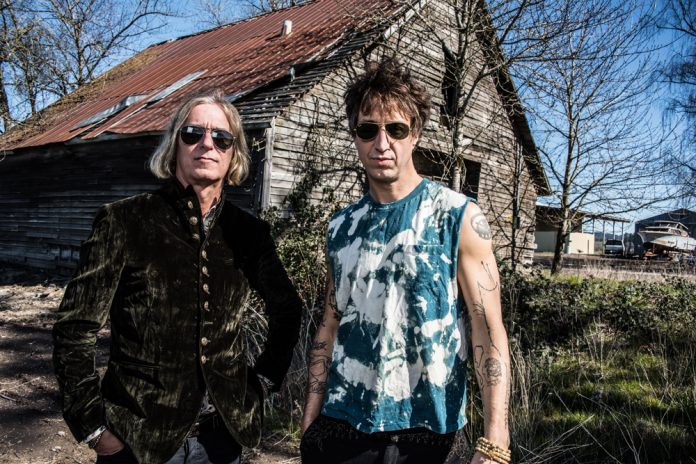 Joseph Arthur and Peter Buck of R.E.M. fame have released their first video for new single, Are You Electrified?’ taken from their debut album, Arthur Buck, scheduled for release on June 15th via New West Records.

The Dean Karr directed video was shot in Oregon after the pair met up in Mexico near the end of 2017. They wrote eight songs in three days and on the fourth day, performed them for a handful of Baja locals near Buck’s home.

Since their initial meeting, the pair have been steadily working on their debut with basic tracks being recorded at Type Foundry Studio in Portland, with Arthur producing at his studio in Brooklyn, NY. The 11-song set was produced by Joseph Arthur and mixed by Tchad Blake (U2, Pearl Jam, The Black Keys) with all of its songs co-written by the duo.

Within new single, ‘Are You Electrified?’ the line, “it’s about time to make this world a better place” encapsulates something of a mission statement or a turning point Joseph had in writing the lyrics for the record. The idea that Rock ‘n Roll can still be vital and still lift people up without being hokey, or failing to acknowledge darker aspects of existence.

“Are you Electrified is another way of saying are you awake? Are you in the moment? Jumping the turnstile to get into the train which doors are already open. The idea that the doors to our personal freedom are open and always open but that we have to take a chance. A leap of faith. Jump the turnstiles to get there. Running from the Boogie man,” explains Joseph. “Sometimes freedom requires subversion and a rebellious spirit. For me that is what this song is trying to communicate. And to acknowledge or maybe even warn people that their dreams are worth hanging onto if for no other reason than there are forces at work that don’t want you too. Let that be your fuel. Or at least part of it. And get on the train before the doors close!”

“Joe is going through that searching period we all go through in life, adds Peter. “And those experiences he’s having make this a very forward-looking record, lyrically. The music has a questing kind of feel. We were making it up as we went along.”

Both musicians have a history that stretches back decades; among other pairings, Arthur opened many shows for R.E.M. in the early 2000s, while Buck has backed Arthur on numerous occasions. Tour dates are in the works for Arthur Buck and will be announced shortly.