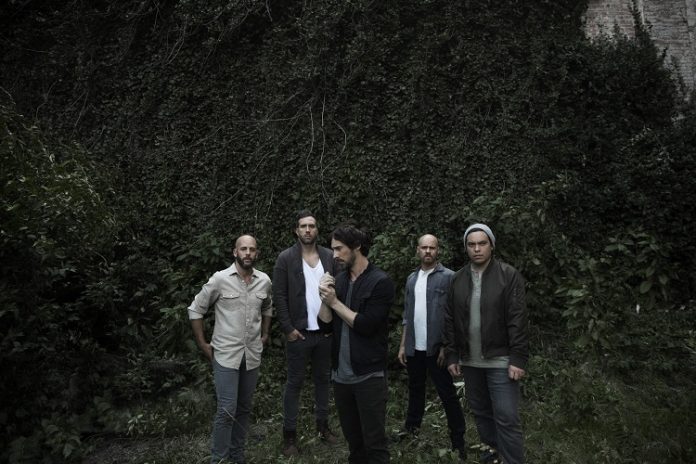 Knoxville, Tennessee rockers 10 Years are thrilled to reveal the video for ‘Burnout,’ taken from the band’s latest album (how to live) AS GHOSTS.

Following a fantastic Canadian tour with Shinedown and In This Moment earlier this year, 10 Years continue to power through the open road and are currently in the middle of a US tour with Breaking Benjamin. They then go straight into shows with A Perfect Circle, Stone Temple Pilots, Black Stone Cherry, Fozzy, Popevil, Seether, Nonpoint, Butcher Babies and more as well as festival appearances at Rock on the Range, Northern Invasion and Rockfest.

The video was directed by Robert John Kley and filmed in a warehouse at Structure Exhibits in Las Vegas, Nevada. “Burnout is a song about having everything you’ve ever wanted in the palm of your hand but letting it slip away,” guitarist/drummer Brian Vodinh said. “A case of not knowing what you have until it’s gone. It’s such a fun song to play live and we will be sharing the stage with Breaking Benjamin as well as Seether coming up on tour so fans will definitely get to hear this one!”

The first single from the album, ‘Novacaine,’ has received over 4.8 million plays on Spotify, with the combined streams for the album exceeding 10.5 million streams. The video has been viewed over 1.3 million times and was playlisted at Scuzz and Kerrang TV as well as the song being playlisted at Planet Rock and Kerrang Radio.

With the release of this video, and over half a million streams to date, ‘Burnout’ follows in its footsteps to being on its way to becoming a global hit.

Confirmed appearances include headline shows cited below, alongside dates with Breaking Benjamin in May and Seether throughout July and August. Planned performances include:

Previous article
EXTRA SECURITY
Next article
ANOTHER BUCK UP