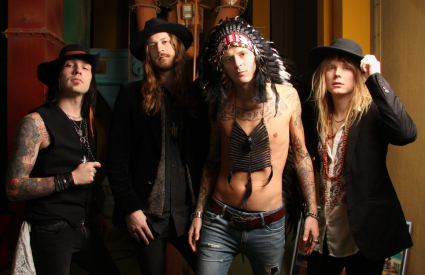 Swedes want to you make you shout Lulu

‘Dust Bowl Jokies’, the follow-up to 2012’s highly acclaimed ‘Cockaigne Vaudeville’ debut, is an even more accomplished, swaggering, hook-laden offering than its boot – stomping predecessor, bursting with catchy, singalong choruses and gritty guitar licks. “Our aim was to integrate an even wider range of different influences into our songs,” front man Alexx explains, continuing; “We wanted to incorporate stronger grooves and unusual arrangements plus influences not only from the sleaze and glam genres, but also from rock, jazz, blues and African music. Pretty much the way Aerosmith and the Rolling Stones have always done.”

Topping off each of the memorable, melody drenched songs on ‘Dust Bowl Jokies’ are thoughtful lyrics such as; “I’m the focal spot of the Polar Star, I’m the meds you hide in the cookie jar, And I am always in my way” (from the song ‘Bad Juju’), on which the Dust Bowl Jokies combine a gritty guitar riff with bouncing grooves and a strong hookline. The same goes for rock numbers such as ‘Borderland’ and ‘Rawbone’ with their astute lyrics. “At the end of the day, Dust Bowl Jokies is about real-life stories,” Alexx explains, “but in my mind, they often take place in old cultures, at occult rituals and secret voodoo rites. Which I try to wrap as cleverly as possible into interesting stories.”

Dust Bowl Jokies, who were formed in 2011, honed down all the new songs well in advance of going in to the studio to put down the new record. Alexx recalls that “We put every new number through its paces at our rehearsal room before analysing them carefully with our producer Martin Ericsson and going back to work on them some more. So when we finally went to the studio, the whole material had been reviewed and approved by six very critical pairs of ears.” 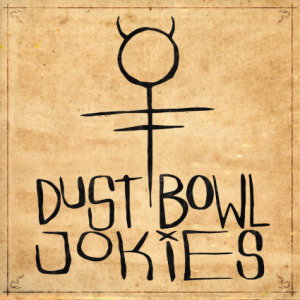