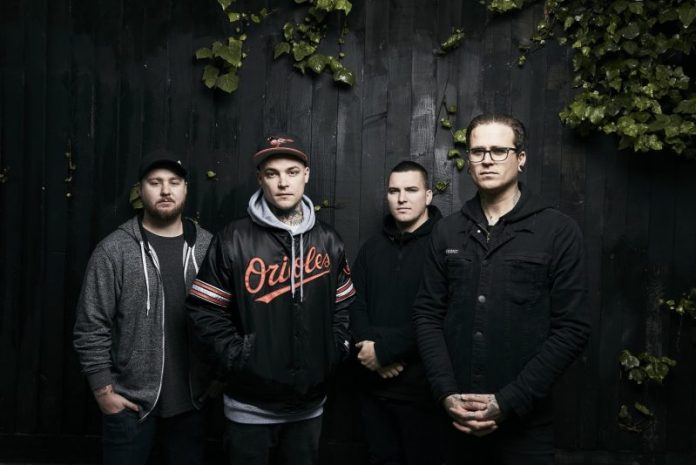 Roadrunner recording group, The Amity Affliction, have debuted the official video for their latest single “All F*cked Up,” from their new album THIS COULD BE HEARTBREAK. The video, which was directed by the band’s frontman Joel Birch along with Ryan Mackfall, is streaming now at www.theamityaffliction.net.

“All F*cked Up” is the third video released from the new LP and follows the band’s two part epic laid out in the videos for, “I Bring The Weather With Me” and “This Could Be Heartbreak.”

THIS COULD BE HEARTBREAK – which is available now in a variety of limited edition physical bundles via www.theamityaffliction.net – has earned acclaim and attention world wide, including a front cover of Rolling Stone Australia. Kerrang! awarded the album four Ks in a lead review, hailing it as the band’s “personal-best” while noting, “This is heartbreak, and The Amity Affliction have rendered it more magnificently than ever.” “(The Amity Affliction’s) ear for an unstoppable melody demands respect,” declared Metal Hammer, while Blunt noted, “(THIS COULD BE HEARTBREAK) strikes from a darker angle…its melancholy burns fervent.” “Synth-soaked tracks and lyrical masterpieces dominate the album,” raved Vulture Magazine, “showing the Amity boys have an ability to provide a definitive yet ever-evolving sound, tying in new fans while still catering to the old.” “(THIS COULD BE HEARTBREAK) glistens with vivid memories and brutal honesty that is unapologetic,” wrote Outburn, while Alternative Press summed it best: “The Amity Affliction are at their strongest.”

Deeply personal and emotionally wrenching, THIS COULD BE HEARTBREAK is The Amity Affliction’s most transformative and revealing record yet. Recorded by producer and longtime collaborator Will Putney at Melbourne’s Holes and Corners with additional drum tracking done at Sing Sing Studios, the album finds The Amity Affliction evolving their signature powerful and cathartic song craft.  Both ambitious and grand, album standouts “This Could Be Heartbreak” and “All F*cked Up” are equal parts heavy and hopeful.