All The World’s A Destrage 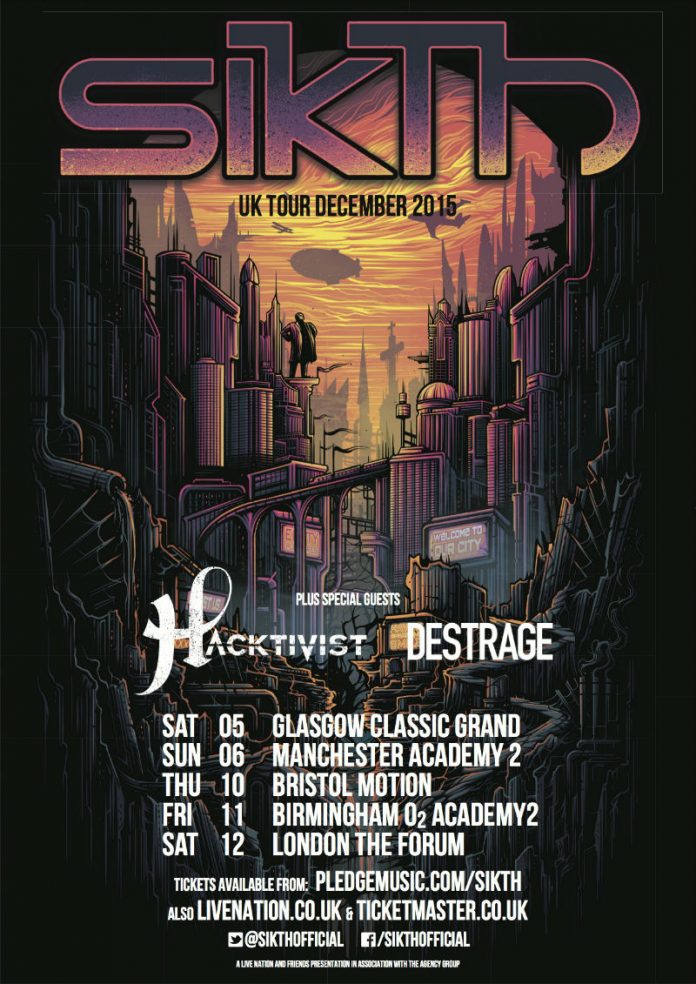 Band announced, and it’s a love-in

DESTRAGE have announced they will be joining Sikth and Hacktivist on their upcoming UK tour, which kicks off at The Classic Grand in Glasgow on December 5, 2015.

Frontman Paolo Colavolpe couldn’t be happier:”We’re simply thrilled, excited and honored as hell about this UK tour. Sikth was definitely one of the acts in our personal “band we’d dream to tour with” list! This tour is going to be RAD. So UK, see ya in December and be prepared for huge parties…”

Pin of Sikth comments”I first heard of Destrage when I saw their ‘Jade’s Place’ video in 2010. It rocked, and then they were also on the bill when we headlined UK Tech Fest they put on a killer show and handed me their new album ‘Are You Kidding Me? No.’ which is great from start to finish. It’s awesome to have them join the tour.”

Tickets are on sale now: http://www.ticketmaster.co.uk/search?tm_link=tm_header_search&user_input=sikth&q=sikth

DESTRAGE will get to work soon on their follow up to Are You Kidding Me? No., which was released in March of 2014.

DESTRAGE recorded Are You Kidding Me? No. at RecLab Studios with Larsen Premoli, and at Adrenaline Studio with Daniele Nelli. Mixing and mastering was done by Will Putney at The Machine Shop in New Jersey. The cover illustration was done by Marco Tafuri and the layout was completed by The Jack Stupid. Watch their official videos now on YouTube.