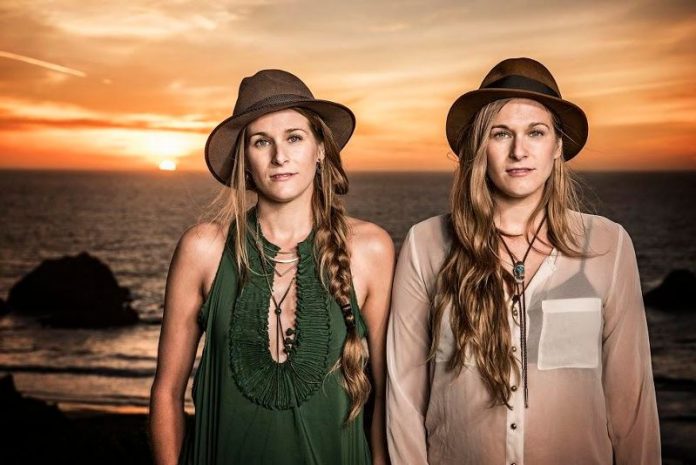 Born and raised in Sandpoint Idaho, Shook Twins are an Indie folk-pop band now hailing from coniferous-forested Portland, Oregon. Identical twins, Katelyn and Laurie Shook, along with fellow band mates Niko Daoussis (guitar, vox, mandolin) and Josh Simon (bass) will be heading to the UK in May, with a London show at the Green Note in Camden on May 4th.

After releasing their first album “You Can Have the Rest,” the twin sisters moved to Portland in December of 2009, conceptualizing their 2011 release “Window” (featuring Bonnie Paine and Bridget Law of Elephant Revival). Both albums were recorded and produced in Santa Cruz, Cali- fornia, at InDigital Studios. Favorable reviews, extensive radio airplay and a busy tour schedule have created an ever growing fanbase & kudos from many major musicians. In 2013 Shook Twins finished recording their third album ‘What We Do” with Grammy nominated producer Ryan Hadlock at Bear Creek Studios.

The album released April 2014 received national attention from various media outlets including USA Today who said, “The Portland, Ore., folk group is ready to rattle the music world with its ‘What We Do’ album.” Acoustic Guitar Magazine says “’What We Do’” is a nearly flawless album that pushes the band into unexplored sonic territory.”

Eclectic, amusing and whimsical, Shook Twins’ laid-back and fun stage presence draws the listener in, allowing them to take the audience away on the adventure that is their live show.

Sunday 8th May The Convent, Stroud