ALL OF A SHIVER 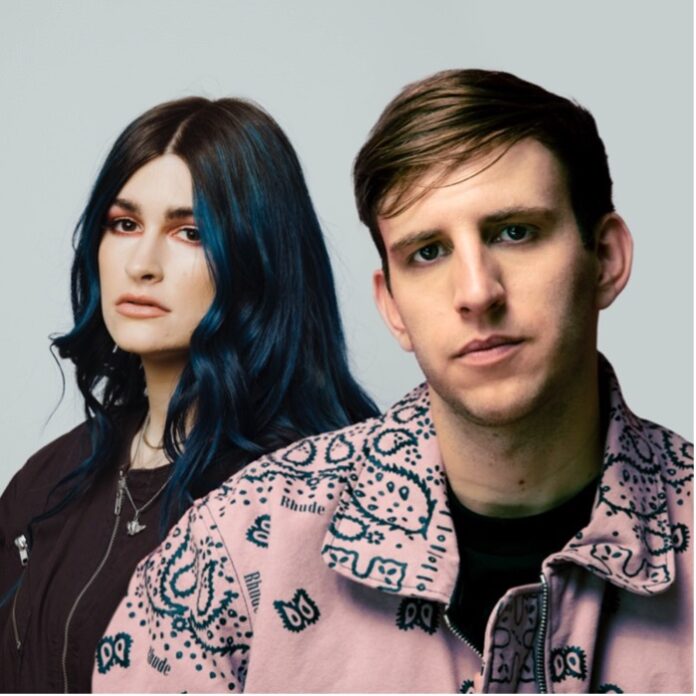 Heartbreak gets a heavy metal bass twist on “Shivering,” a floorfiller that the multiplatinum cross-genre phenomenon previewed during his blistering set at Ultra Music Festival in March. Over ILLENIUM’s production – a storm of aggressive drums, wailing guitars, and engulfing drops – Spiritbox vocalist Courtney LaPlante sings with raging sorrow to a former flame: “All this time I burned alive till you found someone else / So everytime you think of me, can you feel me shivering?” On collaborating with Spiritbox, ILLENIUM shared, “Spiritbox has been one of my favorite bands for a minute and being able to work with them has been a dream. They’re incredibly talented and Courtney has a voice unlike anyone. Definitely one of my favorite songs I’ve been a part of.”“Watching ILLENIUM work and create on the spot was such an amazing thing to witness and be a part of.” Spiritbox’s Courtney LaPlante and MikeStringer shared. “It was an honor working with him, and we appreciate his willingness to push boundaries, and use his influence to bring metal to the masses.”

“Shivering” follows ILLENIUM’s previous singles “Story of My Life” with Sueco and Trippie Redd and “Wouldn’t Change A Thing” featuring Thirty Seconds To Mars – which marked the first new music from the band in three years. The latter track was featured on ILLENIUM’s deluxe edition of his 2021 full-length FALLEN EMBERS. The original LP earned a GRAMMY® nomination earlier this year for Best Dance/Electronic Album and is currently up for Top Dance/Electronic Album at the Billboard Music Awards – which takes place this Sunday, May 15. All the while, ILLENIUM’s stock continues to skyrocket. Last month, he put his own melodic-bass spin on Nirvana’s iconic “Something in the Way,” marking his first remix in over two years. The remix was inspired by the release of The Batman and his collaboration with DC Comics. The DC X ILLENIUM Batman Collection featured an array of merchandise including a Batman-themed jersey, T-shirt, hoodie, and crewneck, as well as a limited edition ILLENIUM x Batman comic book cover in partnership with Electric Family. Looking to the stage, ILLENIUM has a packed schedule ahead with festival dates at Hangout Music Festival, Bonnaroo, Escapade, Lollapalooza Paris, EDC Las Vegas, Sunset Music Festival, and more; plus two nights at The Gorge Amphitheatre and his ongoing Vegas residency at OMNIA Nightclub and Tao Beach Dayclub. This December, ILLENIUM will bring his Ember Shores festival back to Cancun, Mexico, where among a specially curated lineup he’ll perform three unique sets – buy tickets HERE. More tour dates listed below. Impressively, ILLENIUM’s total career streams have now eclipsed 5 billion and counting. With “Shivering,” along with his forthcoming remix album and DC collaboration, ILLENIUM cements his status as one of dance music’s most innovative and audacious producers.
TOUR DATES: May 14 – We Are One Music and Arts Festival – Houston, TXMay 20 – Hangout Music Festival – Gulf Shores, ALMay 22 – EDC Las Vegas – Las Vegas, NVMay 27 – Sunset Music Festival – Tampa, FLMay 28 – Gorge Amphitheatre – George, WAMay 29 – Gorge Amphitheatre – George, WAJun 25 – Forest Hills Stadium – Forest Hill, NYAug 5 – 6 – Breakaway Music Festival – Bonner Springs, KSAug 5 – 7 – Outside Lands – San Francisco, CASep 3 – North Coast Music Festival – Bridgeview, ILDec 2 – 4 – Ember Shores Festival – Cancun, Mexico

Previous article
SCREWED UP
Next article
TUNGSTEN BY THE SEA