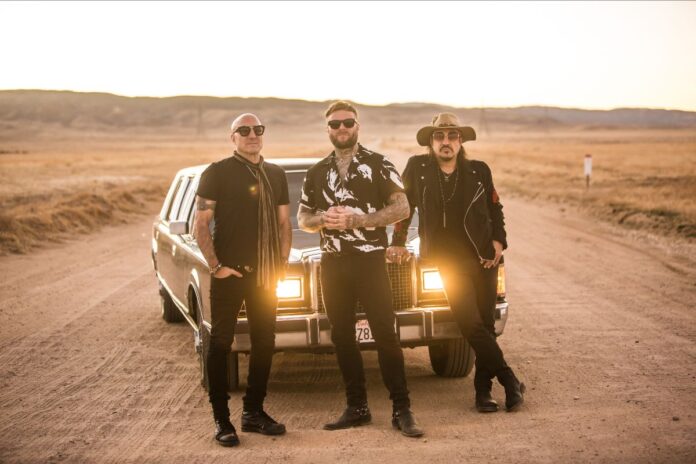 Supersonic Blues Machine has revealed the “Is It All” video featuring Grammy-nominated blues icon Joe Louis Walker. The song is taken from their new studio album, Voodoo Nation, released inJune this year via Provogue/Mascot Label Group. You can watch the video HERE.

The sumptuous 70s soul of “Too Late” sees Kris Barras and Walker trade vocals with a poignant message. When talking about the song, Fabrizio Grossi says, “‘ Is it all?’ is the question that everyone will end up asking themselves at some point in life. In tune with the overall opinionated theme of Voodoo Nation: we are living in really fucked-up times. We are living in what it’s possibly the technological peak of our generation (X, Z and millennials). Yet, the extreme superficiality and materialistic quests of these last few years leave us wondering: Is it really all? Is this frenzy and overstimulated (yes, desensitized) race to get to the end of the day, all that life has to offer or is there something else? And if so, where do we look?”

He continues, “The answer is very simple and very “Buddhist”: within oneself! That’s where we’ll find out who we are, what we’re looking for and what really makes us happy. I had an endless conversation with Joe Louis Walker about “what the hell is up with us humans, and very specifically with us humans here on this side of the world”, and I am happy he got to be the one singing about it with us. He keeps it real and puts you in the position of doing the same, and that’s why he is so special to all of us”.

Their third studio album was met with rave reviews when the album was released. Classic Rock said it was “Setting the blues bar ever higher with studio album number three…Voodoo Nation is the sound of modern blues in the ascendant,” Fireworks claimed the album has “Taken the band to the next level,” with Powerplay hailing it as “A contender for blues album of the year.”

More praise came from Record Collector, calling it a “Classy third album from the blues-expanding trio,” with Blues in Britain describing it as “Atmospheric, distinctive and decidedly involving,” and Blues Matters heaped praise, saying it was “The most complete album yet by the band.”