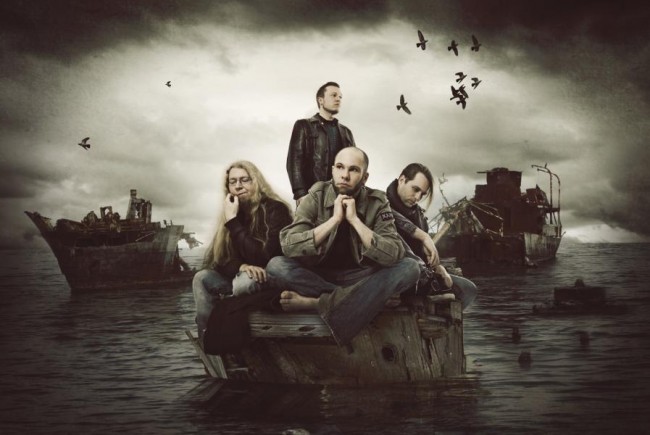 Pessimism can be so beautiful: German nautical doomsters in AHAB have not only created their very own subgenre, they are also incomparable dabblers in solemn melancholy. Finally the band is back with their new masterpiece ‘The Boats of the Glen Carrig‘ which is set to be released worldwide on August 28th 2015 via Napalm Records!

With ‘The Boats of the Glen Carrig’ the band was inspired by the novel of the same name written by William Hope Hodgson, first published in1907. It is widely regarded as “a survival and adventure story with elements of psychedelic horror in the form of weird weed monsters and dangerous snail-like creatures,” thus making it a perfect backdrop for AHAB‘s doom and gloom approach.
Since the band`s founding in late 2004, the four-piece has continuously worked its way to the top of (funeral) doom. ‘The Boats of the Glen Carrig‘ is their magnum opus and is gracefully nestled in between slow-motion anthems and haunting melodies.

Now the band has unveiled two first teasers for their upcoming album, as well as an exclusive song preview for the track ‘Turn of a Friendly Card‘, a cover version of Alan Parsons Project featuring Olav Iversen of Sagh on guest vocals! This track will be available on the 7“ inch Vinyl with the strictly limited to 500 copies Wooden box edition only, a must-have for every fan!