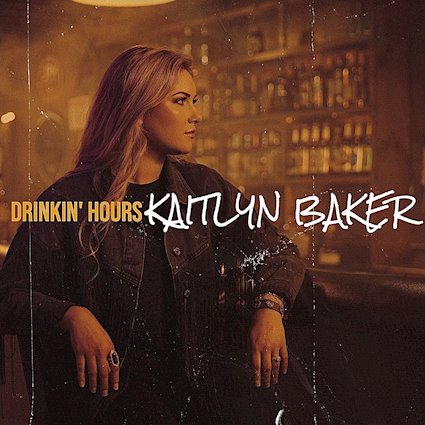 As the music scene finds its feet again after both the pandemic and the restrictions imposed, fast-rising star Kaitlyn Baker strides onward and upwards and is back in the ascendant, releasing the first of what will be a run of brand-new releases from the Virginia-born singer/songwriter. No surprise as Kaitlyn was flagged up as one of the “Top 10 Country Artists to Watch” by The Huffington Post

Now based in Nashville and married to her co-writer Joe Lasher, Kaitlyn is no stranger to the Music City bright lights after the release of her critically acclaimed 6-track EP ‘Blackbird’ in 2018. BuzzFeed listed her as one of “11 Badass Alternatives to Bro Country That You Need in Your Life.”

Kaitlyn has co-written nearly all of her new releases with her husband Joe Lasher (who recently was featured in Music Row Magazine after signing a worldwide publishing deal with Warner Chappell Music). You’ll find that Kaitlyn’s incomparable, beautiful voice singing hit pop melodies with a nod to traditional country stories, makes for a match made in heaven.

Kaitlyn’s voice simply soars on this new release and the song’s subject matter is one we can all grasp as Kaitlyn explains: “A lot of people can relate to making the mistake of letting someone go or messing things up. ‘Drinkin’ Hours’ is an anthem for missing someone and having your feelings come to the surface on another level during drinking hours.”

Kaitlyn was booked to play London’s C2C (Country to Country) prestigious festival back in 2020 and now, with an exciting year ahead, UK fans won’t have to wait too much longer to see her live, as Kaitlyn is embarking on a European & UK tour next year.

‘Drinkin’ Hours’ is released worldwide on 29th October and available on all digital platforms.