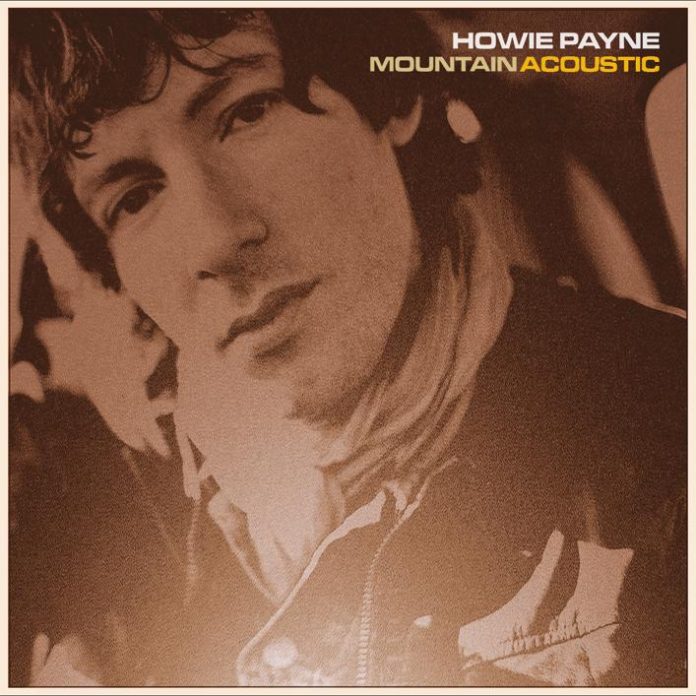 Following the digital release of his acclaimed solo album ‘Mountain’ in late 2017, Howie Payne has recorded an entirely acoustic version of the album. ‘Mountain (Acoustic)’ will be released on February 2nd, and is also available as a free download (until the end of February) with pre-orders of the physical version of ‘Mountain’, which is available on vinyl and CD from February 2nd. Pre-order at www.howiepayne.com

“I thought it’d be quite cool to record the songs as I’ve been playing them at the acoustic shows, just as they were written, in their purest form with no overdubs or anything like that,says Howie. “I went into Hoxa Studio in London and recorded them in an afternoon. It’s the same songs, so it’s connected, but it has it’s own vibe and is it’s own thing, like a sketch is to a painting.”

The former Stands frontman has also announced a headline acoustic tour for February & March, which includes a show at London’s Rosemary Branch Theatre on February 21st.

Recorded at London’s Hoxa Studios on November 25th, ‘Mountain (Acoustic)’ is a track-by-track acoustic version of Howie’s second solo album ‘Mountain’, the long-awaited follow-up to his 2009 Ethan Johns-produced debut ‘Bright Light Ballads’. The accompanying video of the recording of ‘Quick As The Moon’ was filmed by Jacqueline Passmore during the studio session. Watch on YouTube