Aaron Is Right On 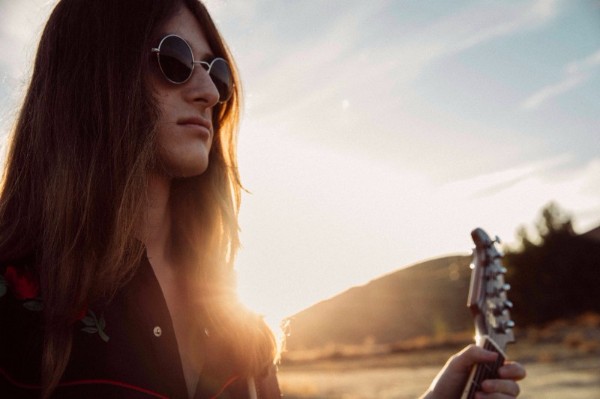 The young gunslinger headed to LA to record Cut Against The Grain in 2016 with producer Fabrizio Grossi who has previously worked with Alice Cooper, Dave Navarro, Slash, Ice-T, George Clinton and Zakk Wylde.  The album highlights a prodigious young British rock talent completely at one with his guitar, blasting out his first songs with a raw and powerful attitude. He showcases Americana tinged slide rock guitar in tracks such as Against The Grain, Down and Sun’s Gonna Shine whilst flashes of Gary Moore haunt the epic Just One Question and All The Right Moves.

Talking about the album Aaron reflects; “Just One Question was probably the first song I ever wrote when I was 13. Musically and lyrically it was just a blues song and it’s funny to think it’s still with me and that I’ve been playing it for almost 5 years!” Continuing he adds “Against the Grain was penned about 3 years ago now and has grown on the road; I had a Led Zeppelin style riff, mixed it with some Johnny Winter vibe and stamped my own style on it.”  Crowd favourite Medicine Man was the first song he ever demo-ed whilst the hints of Rory Gallagher on All The Right Moves is a lightning rocker that’s fast becoming a live favourite.

Down has 3 different time signatures and oozes positivity about keeping strong and believing in yourself, That’s Not Me was inspired by The Faces and No Matter What The Cost is an expressive nod towards the Allman Brothers . “I guess what I’ve always loved about Rock n’ Roll is that you’re free to express yourself in many ways and to use many guitar techniques to convey different emotions…My influences really vary!” he adds.

“Falling Again was a song I wrote about trying to find my way through rock n roll as a 16 year old kid and Try is about feeling lost and trying to find somewhere that felt like home. I guess growing up in a small village in Oxfordshire and being the one 70’s inspired long haired hippie kid kind of influenced me as songwriter trying to find something to say.