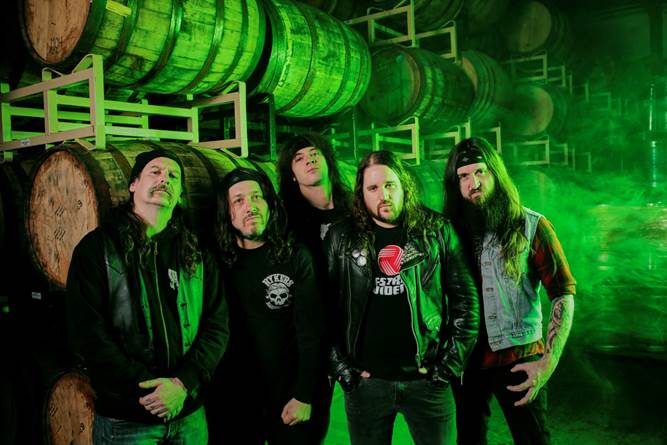 Today, the band releases the brand new single and title track off the upcoming album.

Watch the 360 visualiser for ‘Slime And Punishment’ here:

The cover artwork for the sixth album was created by the bands good friend, Andrei Bouzikov. This is the fourth cover he has created for them as he was responsible for the art for ‘Massive Aggressive’, ‘The Art Of Partying’, and the split with TOXIC HOLOCAUST – ‘Toxic Waste’.

‘Slime And Punishment’ is the first Waste album to be engineered by bassist Phil “Landphil” Hall at Blaze of Torment Studios in Richmond, VA. Mixing and mastering was completed by Bill Metoyer (SLAYER, W.A.S.P., LIZZY BORDEN and DARK ANGEL) in Hollywood, CA.