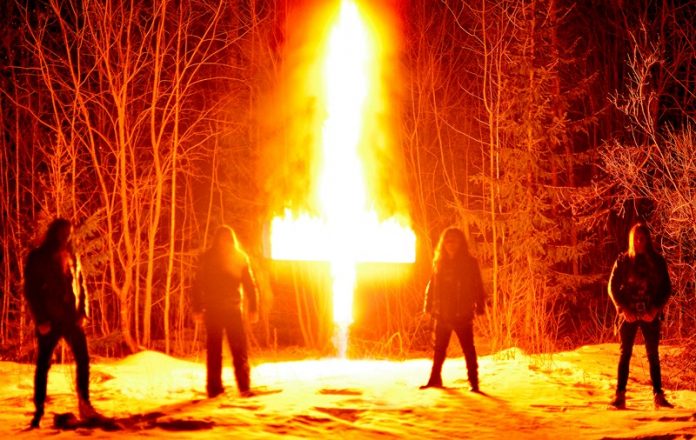 And its part of a trilogy

THIRD STORM was formed in 1986 in Uppsala, Sweden by four people who shared the same passion for the
underground extreme music and at that time was very much influenced by acts like BATHORY, VENOM,
HELLHAMMER etc. The music scene in Sweden back then was very glam oriented (more than most European
countries) and extreme metal bands were seen as talentless bums. The band didn’t care and tried their best to be
the most extreme, the members were just kids in the 14-16 age range when they started, and how well you played
didn’t matter as long you could make noise with your instrument.

THIRD STORM performed about a dozen shows at that time, the overall crazy performance and the satanic image
was very over the top and therefore not taken seriously, so the band was laughed at for two years, ‘til they finally
split up in 1988. But the past decade or so people have seriously been taken interest in the past and found about
this obscure strange band who is more known for their name than their music.

The stuff the band has recorded in the 80s is rare as hell, a couple of recordings were made just for the band
themselves and very few copies were spread back in the old days of tape trading. The music back then was very
primitive and raw, like other black metal bands at that time the music was thrash influenced but with a very noisy
touch. The band used blast beats in 86 and not many could grasp that kind of noise back then. The vocals were
insane screams and lyrics were written in a way the south american bands were used to in the 80’s. They didn’t even
take any band photos and didn’t think or care in the terms of promotion, photos, flyers, studios etc. They just
wanted to bang their heads and make noise. 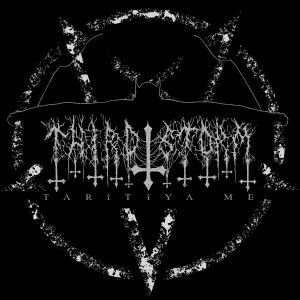 THIRD STORM’s new line up consists of two original members, vocalist Heval Bozarslan (SARCASM) and guitarist
Jimmy Eriksson. Guitarist David Eriksson (ANGUISH), bassist Daniel Ekeroth (USURPRESS/IRON LAMB) and drummer
Johan Ericsson joined forces to complete the black circle and set the tone for the black/doom metal the band just
presented as the “Tarîtîya Me” EP released in september this year on Dark Descent Records. The dark spirit of THIRD
STORM today is the same as in 1986, but the musical direction is breaking new grounds and new sinister elements
are added. The music is doomier, darker and ridden with an atmosphere that will scare the hell out of people. A 13
minutes music video was made for the song “Oath/Nava Agir” and the response has so far been more than great but
this EP is just a foretaste of what will come, the band just announced that their first full length (hopefully released
sometime 2016) will be a concept album and part one of a trilogy.