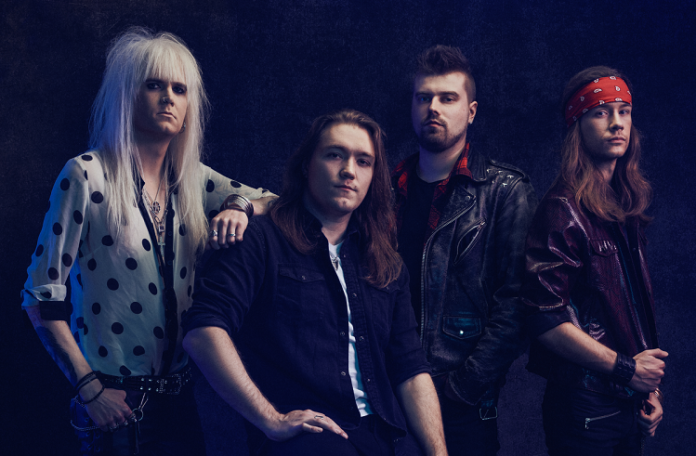 Having recently joined the ever-growing stable of exciting new talent signed to Frontiers Music Srl, Finnish rock n’ roll outfit Rust n’ Rage have just wrapped up the recording of their full-length label debut with producer Jimmy Westerlund (One Desire). Ahead of the album’s announcement, a first single and video from it entitled ‘Heartbreaker’ is available from today.

Rust n’ Rage have been making a name for themselves in their home territory via countless energetic live shows, and the quartet are now ready to introduce themselves worldwide via their new record, which will be chock-full of anthemic, hard rocking yet melodic tunes.

Hailing from the small town of Pori in south-west Finland, the band is comprised of four guys who all live for the same cause: Rock n’ Roll. While individually practicing a lifestyle of hard rockin’ and playing their hearts out, it didn’t take long for Vince, Johnny, Eddy and Jezzie to meet and realise they shared the same musical vision. However, although their influences might originate with ’80s legends such as Guns n’ Roses, Judas Priest, Mötley Crüe and Dokken, their songwriting is far more than the sum of its parts, even if they do retain a penchant for awesome hard rock riffs and deploy an occasional high-pitched vocal scream.

Having found a producer in Westerlund who could help them realise their full potential, the band began recording new songs that also caught the interest of Frontiers, who subsequently signed them to a deal that has given them the opportunity to reach a global audience. Expect exciting things from these Finnish rockers in 2022.