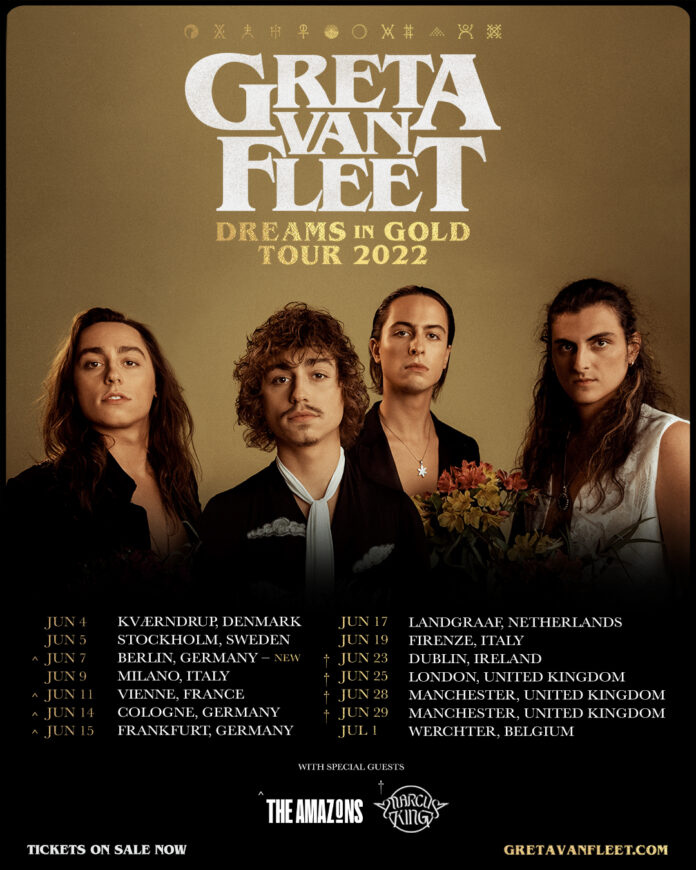 Grammy-winning rock band Greta Van Fleet have announced that British rock band The Amazons and US sensation Marcus King will be joining them as Special Guests next month on the UK & European headline dates of their Dreams In Gold world tour.

The Amazons will be supporting Greta Van Fleet on their shows in Berlin, Vienne, Cologne and Frankfurt. The concert in Berlin is newly announced today, and tickets will go on sale this coming Friday.