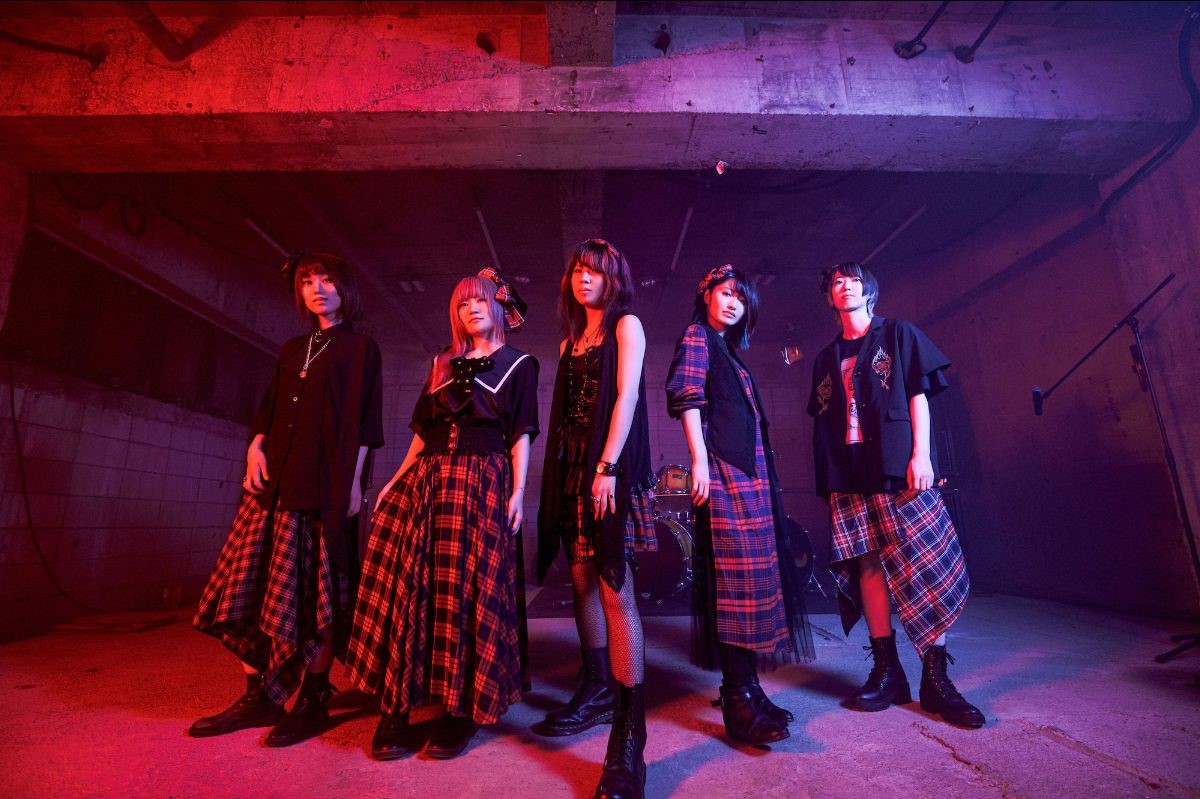 Japanese metal band BRIDEAR have released a brand new track and music video, ‘Brave New World Revisited’. The release of the song celebrates and commemorates the band’s return to international touring in September and October for their ‘Into The Dark Forever’ UK and European tour, making them the first Japanese band to perform overseas post-pandemic.

‘Brave New World Revisited’ is an 8-minute-long showcase displaying the metallic sonic assault and stunning technical prowess that the band are capable of. The longest composition in their catalogue, the track is brimming with all the characteristics that made their debut international release Bloody Bride so alluring, marrying sincere lyrics with blazing guitars and insatiable pop hooks to highlight their feelings about returning to the live circuit.

Speaking about the single, bassist Haru shared, “We wanted to make a new song and make the tour a success as the first Japanese band to go on a European tour after the Corona crisis. The composition is the most challenging we have done, and the longest song in our history, but it’s fun to listen to all of the detail and the lyrics convey our feelings during this time.”

Lead vocalist Kimi added, “Entertainment as a whole is being denounced, but the theme of this song is to raise our voices as one and re-enter a brave new world. We will continue to go forward! Please come to see us and support us as we come back overseas and revisit this brave new world!”

Kick-starting at the end of September, the ‘Into The Dark Forever’ tour sees the band travel across Europe before heading to the UK for four dates, with the band making their live debuts in Sweden and Scotland. The UK shows, which include a stop at much-loved London metal haven Underworld, will be their first since 2019’s METAL MATSURI festival where they earned critical acclaim for their stunning performance.

The tour will also serve as the band’s first overseas opportunity to perform material from their debut international album Bloody Bride, out now via Setsuzoku Records. Brimming with big riffs and even bigger hooks all tastefully laced with both classic and modern metal characteristics, Bloody Bride is the perfect introduction to the quintet and what they’re capable of.

From furious thrash passages, blistering lead lines and irresistible pop sensibilities, the 45 minutes of music encased within displays their talent, their creative vision and their individuality among their peers, showcasing J-metal like you’ve never heard it before. The album features the brilliant singles ‘Daybreak’ and the haunting title track, two ferocious examples of the band’s musicianship and songwriting proficiency. Listen to Bloody Bride here.