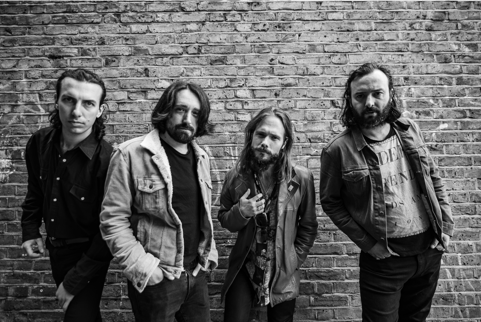 Pick a deity of your fancy and rejoice, for Rock ‘n’ Roll is returned and here to save us all. Some might argue that it never really went anywhere but just in case you were in any doubt, The Heat Inc. (as in “Incorporated”, for those in the know) are here to set the record straight, once and for all.

Following in the footsteps of The Rolling Stones, Stooges,  MC5, Nick Cave, the Ramones and Jim Jones, this London based four-piece have been purveying their brutal yet beautiful melodies to an ever growing and ever more fanatical fanbase for the past few years. With a string of rave reviews behind them and venues destroyed in a slew of high decibel, sweat drenched performances, the band look set to continue their meteoric rise to infamy. If nothing else, they might catch a killer. Prepare to be Incorporated.

The Heat Inc. are the suavest new band around and enough to make even the staunchest atheist believe in miracles.