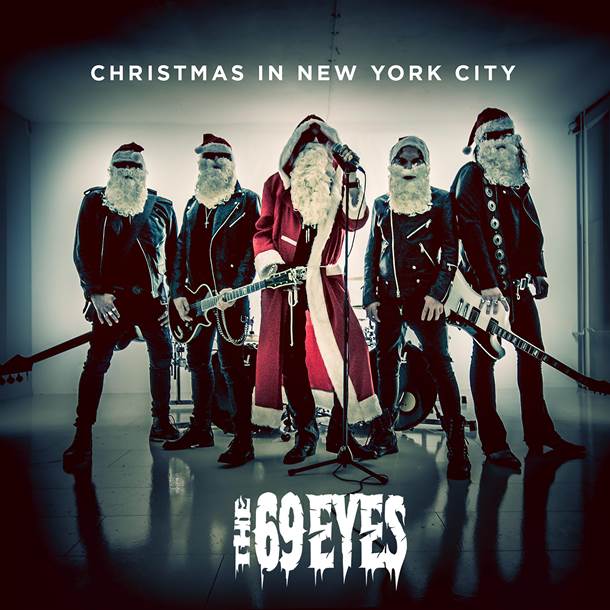 Even the Helsinki Vampires celebrate Christmas! To inject some black magic and gothic vibes into the most beautiful season of the year, THE 69 EYES will launch their special music video for ‘Christmas In New York City’ on November 24th.

The video is filmed and directed by Ville Juurikkala, known from his previous work with THE 69 EYES, HIM, NIGHTWISH and AMORPHIS. Today, the band reveals the cover artwork for the digital single.

”This is about the last thing we haven’t done yet – so it’s our time to release a Christmas song!” says THE 69 EYES singer Jyrki 69. ”This is also our tribute to the Ramones and New York which both have been our main influences.
This is our ‘thank you for a great year’ for our fans – the next 69 EYES album will be on its way soon!”

The Christmas rock hymn will be available for download and streaming on November 24th via this link:
http://nblast.de/The69EyesDigital

Catch THE 69 EYES at the following live shows: