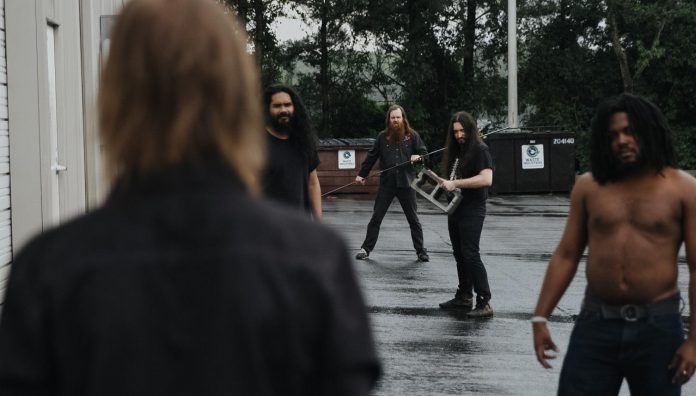 MV saw them last night, now you can too

VALIENT THORR released their latest album and Napalm Records debut Old Salt last week via Napalm Records.  Pick up your copy if you haven’t yet HERE.

Today VALIENT THORR has partnered up with Metal Sucks, for a worldwide exclusive premiere of their new video for the song “Looking Glass”.  The video which features a cameo from Bone Snapper of GWAR can be seen HERE.

Of the video front man VALIENT Himself told Metal Sucks: “Best video basically ever.  And that’s not because it’s ours.  Thriller? Get outta here. November Rain? Never heard of it.  The one by Wax with the dude on fire that Spike Jonze did in like ’95? Blows it away.—-  I’m just being full of shit.  Making these last couple videos with our old friend Jethro Waters have been a blast.  If you watch all the way to end of this trippy video, you’ll see a cameo that may set off a weird crossover story that needs to happen.  Much love to Gamera, Bone Snapper, & Onion Turtle.”

They came from Venus to destroy the cities.  VALIENT THORR is a wild ass Rock N Roll band said to hail from inside of the planet Venus. Since crash landing on Earth in the year 2000, they’ve played well over 1500 shows all over the world. They’ve toured with visionaries from Motörhead and Joan Jett to contemporary heroes like Mastodon, Gogol Bordello, and Clutch.  Since 2005 they have put out six full-length records and two seven inches! And just so you don’t think we’re blowing smoke, look them up! This is only the cusp of the feats of greatness this hard working, sweat drenched band has accomplished!