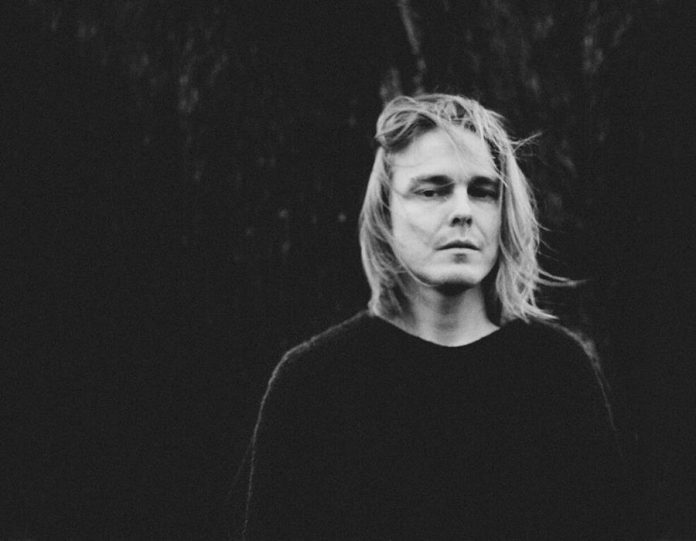 The new track from Mikko Joensuu’s ‘Amen 1’ is out now.

The track is from the Svart debut ‘Amen 1’ (due out June 10th), which was recorded in the depths of the Finnish woodland in a remote cabin. It is the first of the Amen trilogy – a triple album concept. The second and third instalments are due out late 2016 and early 2017. The first part is, in Joensuu’s words,“perhaps the most fragile. It’s an effort to find balance between great sadness and beauty, and to understand the very strange state when one’s mind is close to collapse and yet at the same time more alive than ever.”

Mikko Joensuu is the kind of singer-songwriter who’ll easily stand out from the crowd. His debut album ‘Amen 1’ taps into the American folk music tradition, and it is all about deep and healing songs which at times give the listener an impression of spending time in quiet, intimate surroundings with people like Townes Van Zandt, Lee Hazlewood, Josh T. Pearson or Leonard Cohen. Arrangements are raw but beautiful – mostly just the piano and guitar accompany Mikko’s voice, with pedal steel guitars and soothing string sections paying a visit every now and then.

Mikko Joensuu’s grand solo debut is three albums long, and with part two appearing in late 2016 and the third instalment coming next spring, it forms the Amen Trilogy. Joensuu, who’s spent some years in the proverbial wilderness after the split of his earlier combo Joensuu 1685, comments on the creation process of his magnum opus:

“In the summer of 2012 I built a studio in a small cabin by a lake in northern Finland. I spent a month staring towards the lake, writing and recording. During that time I realized what I had was actually three different albums, all stemming from the same state of mind, expressing various sides to the same story. From the three, Amen 1 is perhaps the most fragile. It’s an effort to find balance between great sadness and beauty, and to understand the very strange state when one’s mind is close to collapse and yet at the same time more alive than ever.”

Resonating throughout the first instalment of the ‘Amen’ series is the clear biblical and religious context of the song-writing. Tracks like ‘Take Me Home, Oh Lord’ deal with the subjects of forgiveness, morality, memory, struggle, and ultimately, epiphany… his words bedded in a glorious harmony of strings and piano parts.

The album is consistently poignant and emotionally intelligent; from the evocative nature of ‘Closer to God’ to the forlorn temperament of ‘Thief and a Liar’, it touches you deeply, and evokes a melancholic sensibility. ‘Amen 1’ breathes – it’s both delicate and forceful, with dynamic behind the sentiment.

Joensuu has charted his emotional pilgrimage through song on ‘Amen 1’, and conveys his messages in the most resonant and melodious fashion, both in instrument and voice.