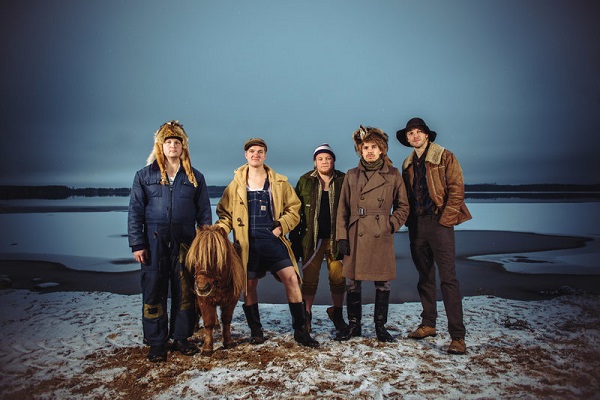 Finns back this autumn

The greatest stories ever told have a tendency to start in a stable, and so it is with Steve ‘n’ Seagulls, the ‘Barnyard Boogiemen’ from rural Finland…

Not only are the five musicians a genuine YouTube sensation, notching up tens of millions of views, they have also taken their ‘badass bluegrass’ all over the world, showing that skilful re-workings of some of metal’s finest moments (all given the band’s signature red-neck stamp) can work extremely well both live and on record.

The latest / second ’S ‘n’ S’ album (title tbc) is set to be released later this year via Spinefarm Records; the follow-up to 2015’s ‘Farm Machine’, also issued on Spinefarm, it will see these sons of the soil delving into the world of original material for the first time, although the majority of the tracks will continue to be covers of rock & metal classics.

The headline tour in support of the second album runs as follows:-