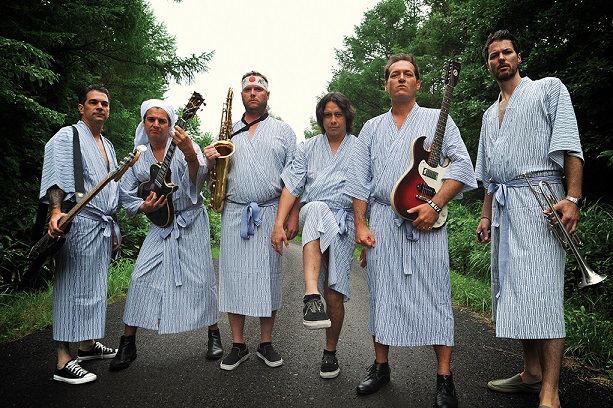 Rocket From The Crypt, Omar Souleyman, Metz, and Dan Sartain join Drive Like Jehu’s hand-selected line-up for All Tomorrow’s Parties 2.0.

The festival marks a European exclusive for Rocket From The Crypt, who join the likes of Hot Snakes, Diamanda Galás, The Gories, Flamin Groovies and Mudhoney side-project The Monkeywrench as part of the April’s exceptional billing.

Originally pledging to never play a venue with a stage, singer/guitarist John Reis (also of Drive Like Jehu) formed San Diego’s Rocket from the Crypt in the summer of 1990. Envisioned as a punk-inspired rock and roll band, Rocket from the Crypt took their name from the then defunct 1970s underground punk band Rocket from the Tombs, and endeared US & UK audiences with their fresh take on garage punk. It is an honour to have them play an exclusive set at All Tomorrow’s Parties 2.0.

From Syria in the Hasake region, Omar Souleyman earned his reputation as an incredible live performer, singing at weddings, birthday parties and christenings. Souleyman made dabke known to an international audience, thanks to his incredible live performances, his remixes for Björk’s “Biophilia” and his 2013 record “Wenu Wenu” produced by Four Tet. In 2015, Souleyman released his second and most personal album to date, “Bahdeni Nami”, featuring remixes by a number of renowned electronic artists including Giles Peterson, Modeselektor, Legowelt and Four Tet. After several years spent whipping the world into a dabke-induced frenzy, legendary Syrian singer and Arab icon Omar Souleyman returns to ATP this April as a full-blown, phenomenon of international music.

METZ are a monstrous live band, uncompromising in their ferocity and abrasiveness. The guitars are titanic, the drums ill-tempered, the vocals chilling, and the volume worrisome. We expect their set to compete as one of the loudest, most abrasive performances of the whole festival.

Drive Like Jehu’s John Reis writes of Dan Sartain, “Dan’s gift is to take disparate musically forces and make something that not only has little resemblance to the inspiration but appeals to just about anybody.”