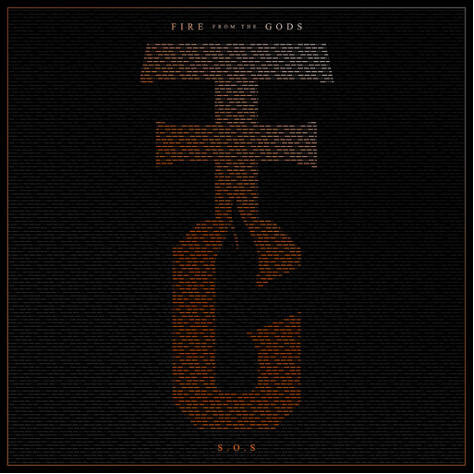 Today, Fire From The Gods released their new song “SOS” via Better Noise Music. The Austin-based rock band also unveiled an official lyric video for the song, which tackles the political climate, calling on fans to “stand up and be free.” Today’s new music coincides with the band’s European Festival Tour dates across Germany, France, UK and other countries at Rock am Ring, Download Festival, and Hellfest to name a few. In other exciting news, the band will also be joining Five Finger Death Punch, Megadeth, and The HU on tour this summer, trekking across North America. Last year the band American Sun (Reimagined), which offered stripped-down, acoustic versions of fan-favorite tracks from their critically acclaimed American Sun album. A full list of upcoming tour dates is below. The song is available to stream and download across platforms HERE. Watch the lyric video HERE. For tickets and additional information visit https://www.firefromthegods.com/.

Discussing the track’s meaning, vocalist AJ Channer said, “With life comes challenges and some of those challenges can seem insurmountable. When we reach said point it can feel like we’re drowning. Unfortunately, there may not be someone there to save us. We have to save ourselves. This song speaks that truth, but it is one part of a larger story of self realization and discovery.”

Fire From The Gods will be reconnecting with European fans this month, with the band set to take the stage today in Nuremberg, Germany at Rock am Ring. Fans can also catch the band in  Austria on June 9 at Nova Rock, Belgium on June 19 at Graspop, and Oslo on June 23 at Tons of Rock Festival, among other dates. They will also be heading out on tour with Five Finger Death Punch, Megadeth, and The HU later this summer. Kicking off in Portland, Oregon on August 19, the tour will span over 30 dates, ending in Salt Lake City, Utah on October 15. See below for a full list of dates. Purchase tickets HERE.

The band’s last album American Sun received positive reviews after its release in 2019 and soon after dropped American Sun (Reimagined). The LP served as a reflective statement from the band who typically calls for unity in their music, after they were inspired to take a new approach to their art by current events.