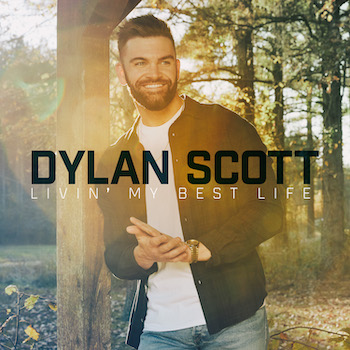 Dylan Scott has today released the title track from his upcoming album ‘Livin’ My Best Life‘ which is set to be released on 5 August 2022. The highly-anticipated full-length project includes CD and vinyl pre-orders and are available at www.dylanscottcountry.com. Digital pre-orders also begin today.

In support of the new LP, the CMT Music Award winner is currently on his headlining ‘Livin’ My Best Life Tour.’ The 22 U.S. city coast-to-coast trek began on 24 February in Grand Rapids, MI, and concludes on 29 April in Silver Spring, MD.

In February, Dylan debuted his viral hit ‘Can’t Have Mine.’ A clip of the then unreleased song quickly went viral on TikTok, generating over 36K sound usages and over 5M views across his social platforms in just a few weeks, while the song instantly went Top 5 on the iTunes Country Chart upon release.