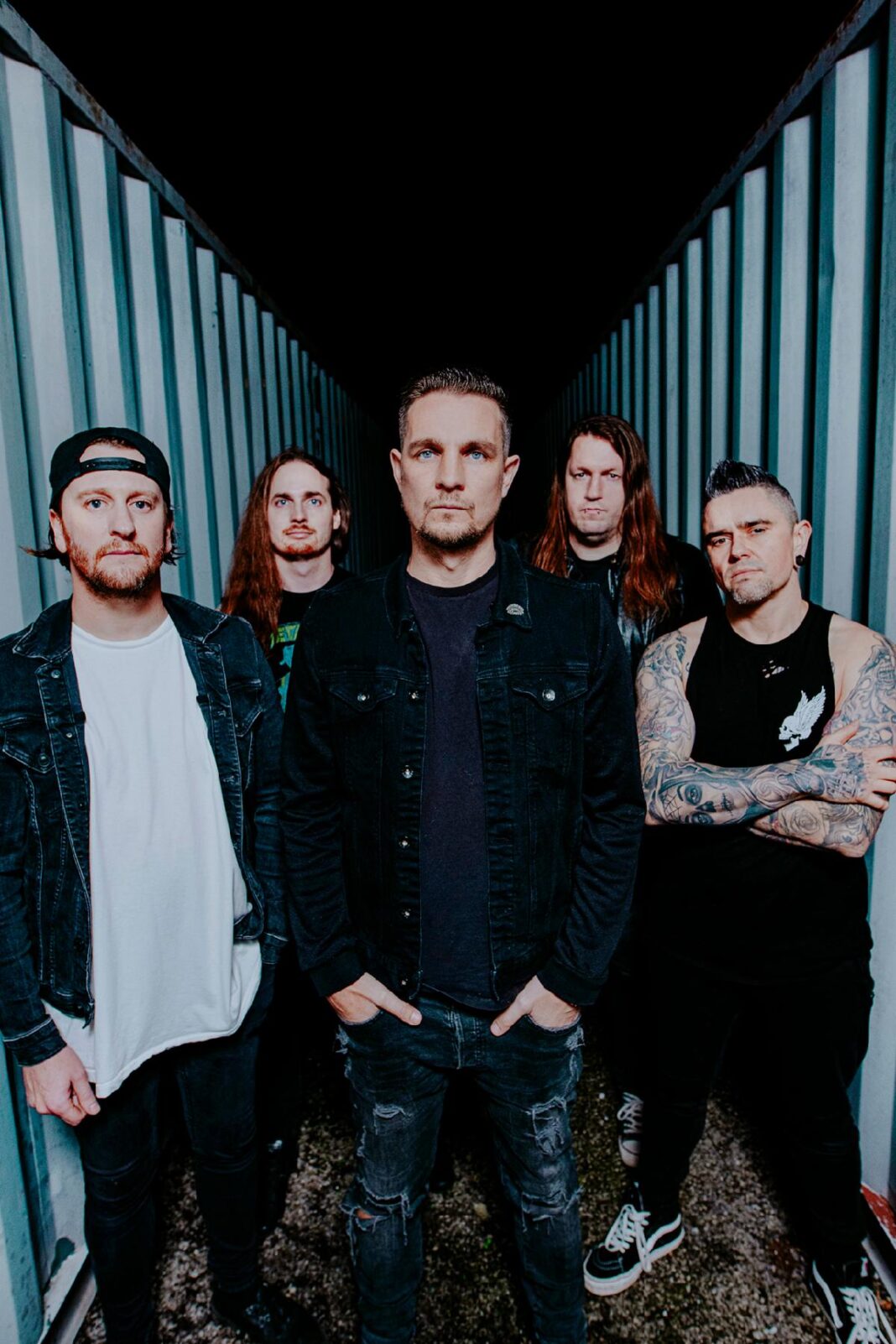 KILL THE LIGHTS, which features former members of Bullet For My Valentine and Throw The Fight, released their debut album The Sinner last year on Fearless Records and more recently shared blistering lockdown covers of classic tracks from Metallica (‘Battery‘) and Testament (‘Into The Pit‘).

The band have been teasing fans on social media with the identity of the group’s new bassist in recent days, who was revealed last night to be none other than drummer Moose’s former bandmate in Bullet For My Valentine, Jay James. The new song therefore also marks Jay’s debut with KILL THE LIGHTS.

“Chasing Shadows’ is the perfect song, lyrically, to re-introduce Jay and his talents to the world,” the band shares. “The lyrics discuss the mental struggle of living with past decisions and failures, and the effort it takes to get back to the top. ‘Chasing Shadows’ is about proving the doubters wrong and showing the world through sweat, blood, and tears that you are and always were good enough!”

The song’s metallic intensity will chip the paint off the walls, as the galloping riffs and melodies have you throwing the horns while hunting out a denim jacket and bullet belt. Stick around for the absolutely ferocious breakdown that closes out the track.

Catch the band on tour in the UK from next week with BLEED FROM WITHIN at the following dates:
Tue 23rd Nov – BRISTOL The Fleece FEW TICKETS REMAINING
Wed 24th Nov – BIRMINGHAM Mama Roux’s SOLD OUT
Thu 25th Nov – MANCHESTER Rebellion SOLD OUT
Fri 26th Nov – LONDON The Dome SOLD OUT
Sat 27th Nov – GLASGOW The Garage SOLD OUT

KILL THE LIGHTS are also slotting in their very first ever headline show immediately afterwards, on Sunday 28th November at the Met Lounge in PETERBOROUGH – a hometown show for British frontman James Clark. Special guests are Call To The Faithful. Be quick though because there are less than 50 tickets left! Snap them up here.

If you can’t make these dates, KILL THE LIGHTS are thrilled to confirm they’ll return to the UK in March 2022 for ten headline shows. Special guests will be Gothenburg’s Aviana. Tickets are on sale now here and dates line up as follows:

The band will also perform at the UK’s Download Festival on Sunday 12th June. Stay tuned to hear a lot more from KILL THE LIGHTS through 2022.