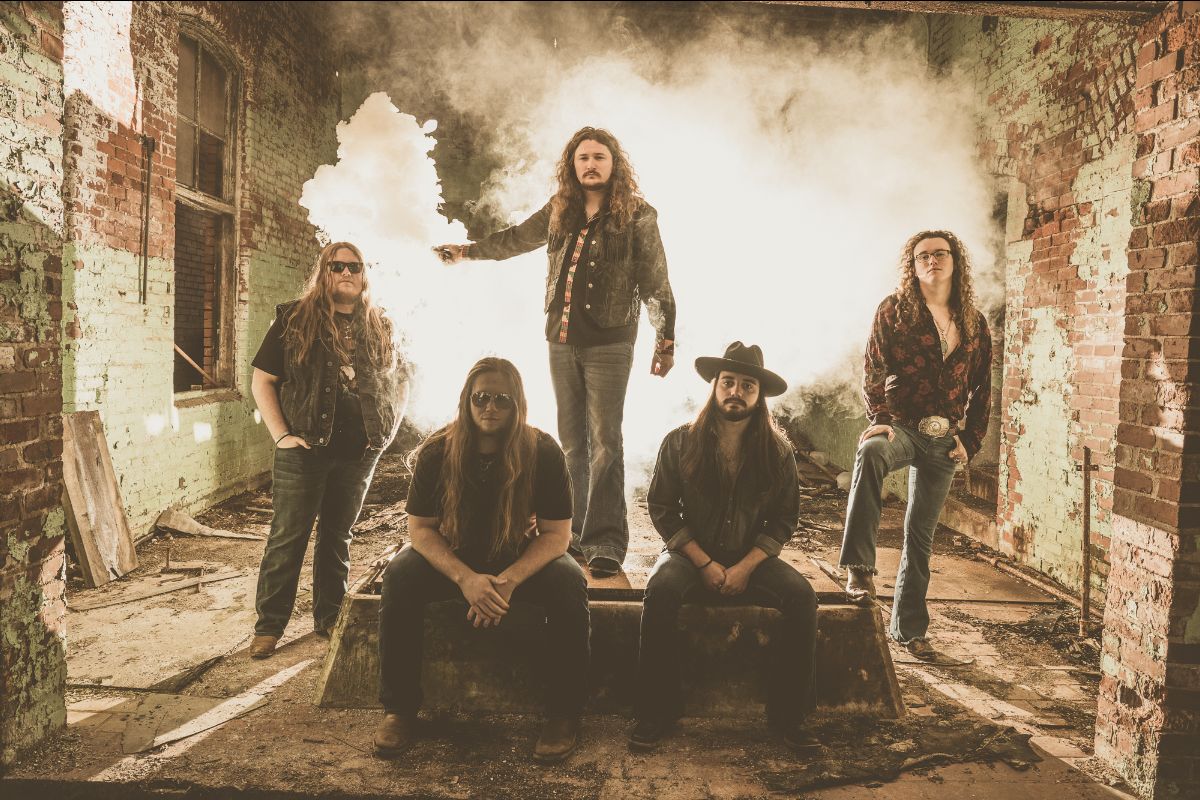 The Georgia Thunderbolts have just released “It’s Alright,” the third single from their forthcoming debut album, ‘Can We Get A Witness,’ out October 15th via Mascot Records/Mascot Label Group.

“It’s Alright’ is about everyday life,” vocalist TJ Lyle explains. “You have ups and downs, whether it’s with relationships or friendships. The point is that there will always be better days ahead, and the sun has got to shine at some point.”

Ushering in a new generation of classic southern rock steeped in soul and the blues, The Georgia Thunderbolts have already been called “timeless” by American Songwriter, “your new favorite southern rock band” by Classic Rock, and proof that “southern rock continues to thrive in the 21st century” by Rolling Stone. “We’re going for that timeless and classic sound with a modern twist and newer attitude,” exclaims TJ. “We all grew up on rock music,” guitarist Riley Couzzourt adds. “If I could think of three words to describe us, they would be ‘Hardworking, Determined, and Humble.'”

Whether it be on the banks of the Mississippi River or deep in the heart of the English countryside, rock ‘n’ roll lives, breathes, and burns on the outskirts. Hailing from Rome, GA at the foothills of the Appalachian Mountains, The Georgia Thunderbolts’ debut album features their scorching signature style steeped in soulful southern swagger, blistering blues, and raw rock. With a wide swath of inspirations, ranging from southern gospel and Hank Williams to Merle Haggard, Neil Young, Little Feat, Ozzy Osbourne, and Lynyrd Skynyrd, the band cut their teeth performing with everyone from The Allman Betts Band, and Blackberry Smoke to Kentucky Headhunters & Black Stone Cherry. Shortly after, they hit the iconic Barrick Recording Studio in Glasgow, KY to record with producer Richard Young.

The resulting album comprises thirteen undeniable anthems steeped in anthemic riffs, wild harmonica, and pulse-pounding drums. From the bluesy blend of “So You Wanna Change The World,” to “the first song we ever wrote,” the dynamic “Looking For An Old Friend,” The Georgia Thunderbolts rustle up a new era of rock ‘n’ roll, informed by their history in Rome, a town with a deep agricultural history. So when they sing, “Spirit of A Workin’ Man,” you better believe they mean it. “It’s got a deep lesson to it. You can’t knock down the little man,” TJ says.

There’s a message to what we’re doing,” Bristol says. “It’s okay to be yourself. If you’re going through hard times, the music will always be there. We’d love to remind everyone of that.” “Rock and roll is something that comes naturally for us,” Riley, Zach and Logan conclude. “We love it and are in it for the long haul. We feel like we can bring it back.”