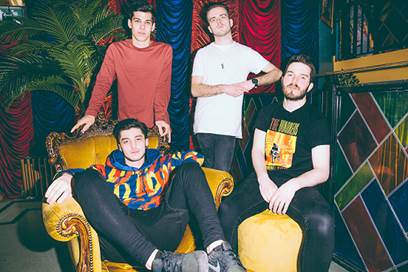 THE ONE HUNDRED will headline The Dome in North London on October 13th before heading out on a short run of dates in Europe covering Paris, Cologne, Hamburg and Berlin…

Monster (Explicit) by The One Hundred on VEVO.

All dates on sale now.

It’s been an exciting few months for The One Hundred; having unveiled their debut record ‘Chaos + Bliss’ via Spinefarm Records just last month, the band released a kick-ass (literally) video for ‘Monster’ and then performed at the Download Festival as well as 2000 Trees.

But the party doesn’t stop there, as TOH will also appear at this year’s Bloodstock Festival, Catton Park, on August 12th.

Chaos + Bliss’, the debut album from The One Hundred, is available here: https://spinefarmrecords.lnk.to/N-orC

The One Hundred are: