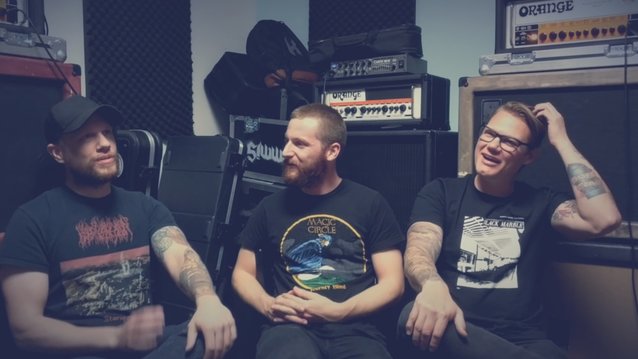 Denver based four-piece KHEMMIS release their third studio album Desolation last week via 20 Buck Spin in North America and Nuclear Blast Entertainment for the rest of the world. Having already dominated the US scene, with their previous full length release Hunted being named ‘Album of the Year 2016’ by Decibel magazine, it’s now time for KHEMMIS to take over Europe with their crushing doom-infused heavy metal.

We spoke to Zach, Phil and Dan from the band about their non-metal musical influences and if any of their picks influenced the creation of their new album, Desolation – watch the third part here:

The band commented on the new release: “Desolation is the clearest distillation yet of who we are as a band; a celebration of heavy metal that doesn’t sacrifice our focus on personal, emotionally-charged songwriting. Thank you all for your support and we’ll see you on the road!”

Desolation is out now via 20 Buck Spin in North America and via Nuclear Blast Entertainment throughout the rest of the world.