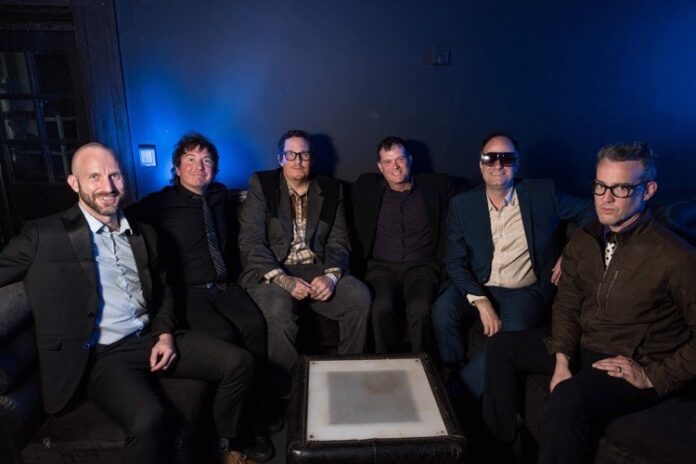 They’re back. Again. Electric Six, the Detroit based ‘disco-punk band at the end of the world’, arrive in the UK next week for their annual autumn tour bonanza, with frontman Dick Valentine stating of this latest visit:

“They say the only constant…is change. But, ‘they’ are wrong….because Electric Six has been up on you constantly…and nothing has changed. You know you need to attend this year’s Electric Six show in your town because you know deep down that Electric Six is the only band that has completely re-written the rules of time, change and rules.

Nineteen albums into this dirty business, Electric Six brings the year-end party to you….it is a constant…and it will never change. Come witness the BORN TO BE RIDICULED tour as Electric Six changes nothing about it’s tried and true formula for a good time! You might even touch Dick Valentine’s sensual hand.”

ere are the tour dates as the band have allowed them to be:

The most recent album of original material by Electric Six was ‘Bride Of The Devil’, released in 2018 via Metropolis Records, although they did also issue a record containing eleven eclectic covers (plus re-records of their two biggest UK hits) entitled ‘Streets Of Gold’ on Cleopatra in 2021.

The fan favourite ‘The Worm In The Wood’ from the first of these can be heard HERE (Spotify) or HERE (Apple Music) or HERE (YouTube).

A brand new full-length studio release is planned for 2023, a year that will also see the 20th Anniversary of their debut album ‘Fire’ promoted with a world tour. It was home to the hit singles ‘Danger! High Voltage’, ‘Gay Bar’ and ‘Dance Commander