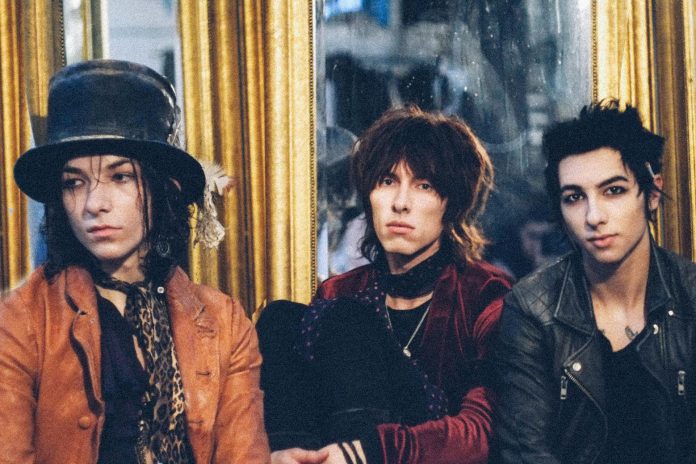 As they gear up for their first ever UK festival appearance at Slam Dunk this weekend, Las Vegas’ PALAYE ROYALE have announced their first headline tour of the UK.

Making their UK debut at the Camden Assembly in London in November last year, PALAYE ROYALE’s eager and patient fans – known worldwide as SOLDIERS OF THE ROYALE COUNCIL – sold out the show in a matter of hours. In order to make room for this growing army of fans, the three brothers return to the UK for their first Scottish show in Glasgow on 02 October, Manchester on the 03 and London’s KOKO – a venue 8 times bigger than the Camden Assembly – on Friday 05 October.

Set apart by their artistry and integrity, PALAYE ROYALE are ‘indie’ in every sense of the word. They’re completely hands-on from their lyrics and musical arrangements, from the direction and production of their own music videos, right down to handling their own social media.

The fashion art rock band’s look, feel and authentic style makes them stand out from the crowd, whilst they remain true and pure to their music. PALAYE ROYALE‘s musical output is primarily based around the rock genre; but with added classical influences and a theatrically charged fashion-forward art rock, this trio live life in vivid and vibrant technicolour.

Having been working on the follow up to 2017’s “Boom Boom Room (Side A)”, the band take a quick break from the studio to play the three Slam Dunk shows this weekend before finishing the album and heading out on Warped Tour in the US.