Your Loathing For Today 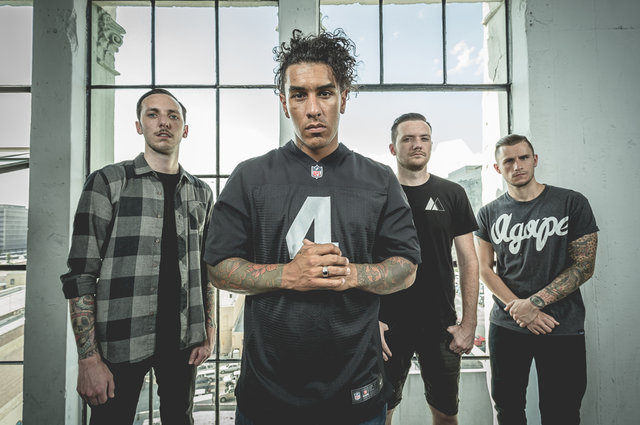 Today the band have announced that special guests at that show will be UK based cryptic collective of 5 LOATHE, as well as metallers Nothing Left.

For Today put out the following statement recently:

“After over 11 years as a band, 6 full length albums and 1 EP, we have decided to make 2016 the last year of For Today. When we started this band in 2005, we never imagined that our music would make it out of Sioux City, Iowa, let alone take us all around the world multiple times. Our lives have been hugely impacted by the time we’ve spent making music and touring. We met our wives, had kids and moved to different states because of For Today. It’s been an incredible experience, but we feel like now is the time to close this chapter of our lives and move on. There’s no behind the scenes drama happening or disagreements between band members. We’re all still best friends and will continue to be long after the band is over.
We want to thank everybody who has made this possible, especially the fans who have kept us going for so many years. That’s why we’re excited to announce that we’re doing an extensive farewell tour, hitting all our favourite cities. Come hang out with us one last time and let’s make these last shows some that we’ll never forget!”

LOATHE said regarding the For Today show announcement:
“We would like to thank For Today for inviting us to join them on their Farewell Tour, it is a great privilege to be a part of such a prestigious tour.”

You can get hold of tickets here:
27th October – The Underworld, London 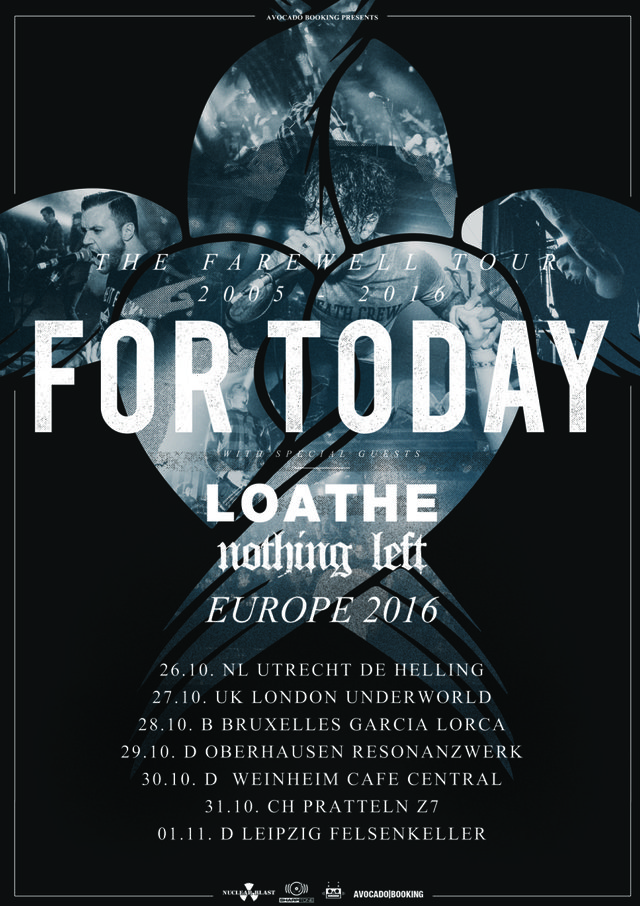 For Today signed to Nuclear Blast in July 2015, releasing their sixth studio album ‘Wake’ in the October of that year.

“(a) destructive battering ram of breakdowns and riffmonstery”
Metal Hammer

“For Today have given us a record that is full of heart… a brilliantly written, well produced record”
Big Cheese

For Today were founded in 2005, releasing their first studio album ‘Ekklesia’ in 2008, and have now released six studio albums to date.
Their success has come down to the quartet’s constant perseverance and doing things in a D.I.Y fashion – playing music for the sake of playing music and pursuing their dreams in spite of all challenges. For Today have built up an overwhelmingly supportive following around the world with skills honed on the Vans Warped Tour and on countless tours across five continents alongside contemporaries such as Asking Alexandria, Devil Wears Prada, Texas In July andThrowdown.

Previous article
Get Korn-y
Next article
69 In The Darkness