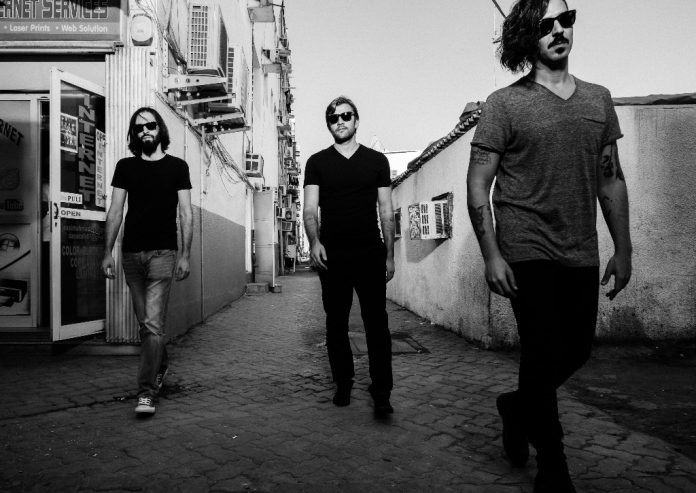 Dubai based rockers JAY WUD prepare to take on the world with their new album Transitions, which is set for release on 30 June.

The band have announced the new album with the release of new single ‘Empire’. Boasting chunky riffs and a huge chorus, ‘Empire’ serves as a great introduction to the band’s mix of metal, flamboyant rock, and infectious hooks.

With members from Lebanon, Serbia and Latvia, JAY WUD are a truly international hard rock phenomenon whose Middle Eastern success has seen them support the likes of Guns N’ Roses, Mötley Crüe and Skunk Anansie, and become headliners in their own right.

With the help of an impressive crowdfunding campaign that raised over $30,000, they were able to complete recording Transitions with Grammy-nominated producer Howard Benson (Seether, My Chemical Romance, Theory of a Deadman) in Los Angeles.

This third JAY WUD album marks a new beginning for the band as they venture into much darker, heavier and more explorative territory. Having honed their craft since 2013, they have emerged as one of the flag-bearers for the Middle Eastern scene that is quickly putting itself on the global rock and metal map.

Previous article
A Good Frost
Next article
The Dawning Of Dragonforce