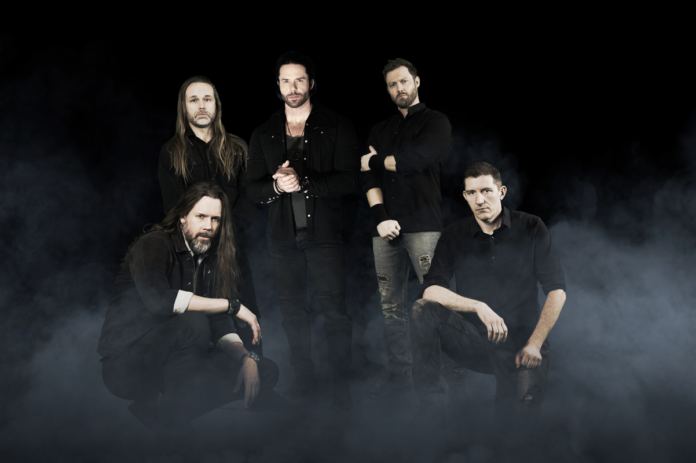 Swedish progressive metal masters Seventh Wonder will release their new studio album, ‘The Testament’, on 10th June via Frontiers. A first single from it entitled ‘Warriors’ is available from today.

‘The Testament’ is the follow-up to 2018’s ‘Tiara’, which at the time was the first new music from Seventh Wonder in eight years. While the wait between albums has been shorter this time around, the group have certaibly not skimped on their ability to craft yet another stunning album that showcases their intricate songwriting and instrumental skills. Rather, it is a high watermark in their revered discography.

Seventh Wonder was formed in 2000 by bassist Andreas Blomqvist, guitarist Johan Liefvendahl and drummer Johnny Sandin, with the prog metal-inclined music they were writing further enhanced by the addition of keyboardist Andreas ‘Kyrt’ Söderin at the end of that year. Their debut album, ‘Become’, was released in 2005 via Lion Music and was well received, but singer Andi Kravljaca had left shortly after recording it and replaced with Tommy Karevik (Kamelot, ex-Vindictiv).

Its follow-up, ‘Waiting In The Wings’, was recorded in 2006. Mixed and mastered by the legendary Tommy Hansen, its songs were a huge leap forward in terms of their complexity and maturity and the record received rave accolades that established Seventh Wonder as a true force to be reckoned with. Tours of mainland Europe and the UK saw the group sharing stages with the likes of Queensrÿche, Testament, Redemption and other leading acts in their genre.

The band hit the studio again in 2008 to record ‘Mercy Falls’, followed by ‘The Great Escape’ (2010). Both albums met with acclaim and tours to promote them cemented their standing as one of the premiere progressive metal bands in existence.

Sandin subsequently left the band and would later be replaced by Stefan Norgren (ex-Lion’s Share). Fans were thrilled when it was finally announced in 2018 that a new studio album entitled ‘Tiara’ was about to be released, with the ensuing record maintaining their winning streak of creating prog metal masterpieces.