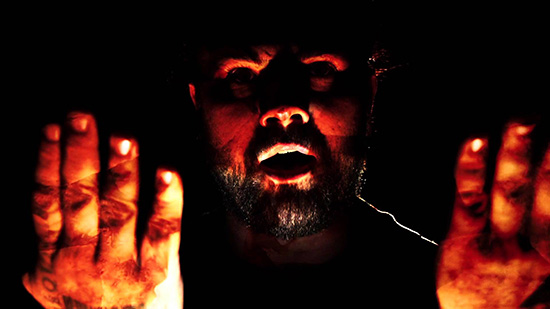 Today, the cerebral doom-weavers in SECRETS OF THE SKY are pleased to officially unleash the harsh, otherworldly fruits of their Pathway full-length to North American ears.

Likened to, “the doom equivalent of Alcest’s Écailles_de_Lune or Solstafir on last year’s Ótta… records with beauty, staying power and just enough grit to carry the day,” by Invisible Oranges upon initial investigation of the offering, Pathway is a true audio exploration delivering thirteen epic tracks that yield varying tempers and textures with each passing listen. Engineered, mixed, mastered and co-produced by Juan Urteaga (Machine Head, Testament, Sadus etc.) of Trident Studios with SECRETS OF THE SKY, the record has already reaped critical approval from media outlets nationwide, with the word “masterpiece” becoming a common description among critics.

Metal Injection named the band’s first single, “Three Swords” a, “progressive metal masterpiece,” on its own accord. HeavyBlogIsHeavy calls the record “masterful, self-possessed, powerful and convincing,” furthering, “When push comes to shove, this has been about one thing: executing a doom masterpiece.” Adds Wonderbox Metal, “These are superior compositions that should see SECRETS OF THE SKY propelled to the upper echelons of the progressive/doom/post-whatever pantheon. Like a canvas painted in sound, this is destined to be a masterpiece.” Metal Insider dubs Pathway, “a colossal effort with some stupendous songwriting and production work,” Dead Rhetoric shares the sentiment calling the production, “an emotionally draining journey,” championing Pathway for having, “all of the inner workings of a great and resonating album,” while MetalTalk.net equates the work to, “a glass of wine that deserves to be enjoyed in a comfy chair in front of open fire.”

Additionally, you can still sample Pathway in full, courtesy of Invisible Oranges at THIS LOCATION.

SECRETS OF THE SKY are currently bringing their sonic rituals to stages throughout the North America supporting UK extreme metal duo/labelmates, Anaal Nathrakh. The tour commenced on May 11th in Sacramento, California and will draw to a close on May 22nd in Trenton, New Jersey, coiling its way through twelve cities with additional support from special guests, Incite. From there, SECRETS OF THE SKY will trample eighteen more locales through eleven states alongside Tucson sludge ensemble, North, on select dates. The band is also confirmed to appear at the inaugural Death To False Metal gala in Hamden, Connecticut in August alongside Whiplash, Krieg, Valkyrie, Imperial Triumphant, Nightbitch, Godhunter, Immortal Bird, Secret Cutter and many more, with future onstage endeavors in their strategizing stages.

SECRETS OF THE SKY‘s Pathway is out NOW on Metal Blade Records. Orders yours today atmetalblade.com/secretsofthesky.