Wolfgang Are The Kings Of The Castle 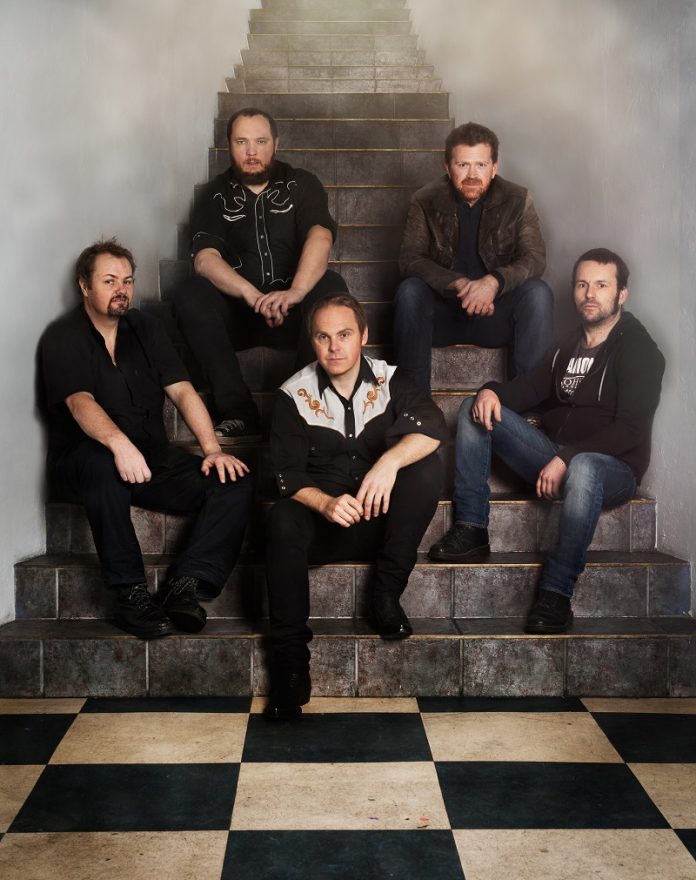 “Castle in the Woods”, the brand new album from Norwegian band Wolfgang, was available from 10 February on all major digital music services and on vinyl in a deluxe gatefold sleeve with a free CD included.

Twin guitar licks, heavy grooves, unstoppable energy and catchy hooks. Hard rock, stoner and metal aficionados will find a lot of what is truly great about the harder side of rock on “Castle in the Woods”. The album pays homage to the giants of the genre, but it also captures the unique energy of a band that really enjoys playing and creating music together.

Thin Lizzy, Black Sabbath, Iron Maiden, Kyuss and Iggy & The Stooges. High powered and guitar driven hard rock with a touch of heavy metal and stoner rock was the soundtrack to Wolfgang’s youth. In 1998, the band released the album “Welcome to the Cactus Mountains.” The fans in their hometown of Elverum enjoyed it, the local newspapers enjoyed it – and KERRANG! enjoyed it. The band played dozens of legendary shows, once so loud and raucous that the police arrived to turn down the sound. Then all went quiet.

15 years later, after prison sentences and University degrees, car accidents and childbirths, Wolfgang got back together again. “Welcome to the Cactus Mountains” was remastered and rereleased. “After 15 years the album still rocks from Elverum to eternity”, local newspaper Østlendingen wrote.

Last year the band entered legendary Athletic Sound Studios in Halden, Norway, and recorded 11 new songs. “Castle in the Woods” is recorded live in studio with minimal overdubs. There are no digital samples, drum machines, click tracks, multi layers of guitars and voices and auto tuning to get it pitch perfect. No short cuts. No cheap tricks. Just a band firing on all cylinders. What you hear is an organic reproduction of how these songs sound when you see Wolfgang live on stage. Like most great rock albums used to sound like.

From the catchy rockers “Castle in the Woods” and “Cold Hearted Express” to the thunderous mayhem of songs like “Silver Razor Sharp” and “Sister of the Wonderlands”, the band decided on one thing before entering the studio: Every riff counts. No fillers allowed.

Lyrically the album goes from personal tales of lost souls and renegades in songs like “Arrows” and “Little Broken Wing” to stabs at religion and other questionable authorities in stoner-inspired rockers like “Child of Dragonfire” and “When Gods Die”.

The album is released on the bands own label, Fuzzpanzer. The album is available on all major streaming and download services. Distribution is through Phonofile.