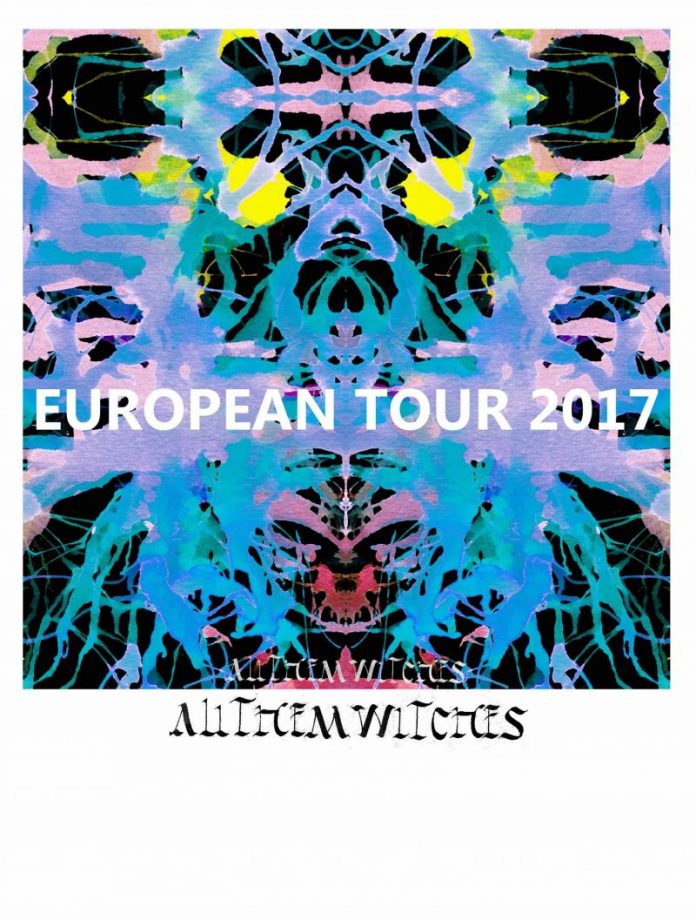 Damian gets psyched up

First up tonight are The Ghost Wolves, from Austin, Texas. A punk-blues duo comprising Carley “Carazy” Wolf on guitar and vocals and Jonathan “Little Hammer” Wolf on drums and vocals. This was the pair’s first show in the UK and at first there was almost indifference to them from the sparse crowd, especially as nobody could figure out how to dim the house lights. But as the set went on and the crowd filled up, they started to win the crowd around with their infectious fuzzy guitar and belting drum mash up. At times there were quite reminiscent of psychobilly, garage punk seventies outfit The Cramps. Standout songs were “Crybabies Go Home” and “Triple Full Moon.” An ensemble worth checking out.

Getting the lights down certainly wasn`t a problem for the main event as All Them Witches arrived on stage in almost darkness with minimal red lighting and bravely headed straight into a twelve-minute hypnotic instrumental jam with “Howdy Hoodie Slank.” Hailing from Nashville, Tennessee. The band consists of drummer Robby Staebler, vocalist, bassist, and guitarist Charles Michael Parks, Jr., guitarist Ben McLeod, and keyboardist and violinist Allan Van Cleave. The guys are probably best described as a psychedelic cum stoner / hard rock band. There is a mixture of old and newer tracks tonight with the guys sharing “When God Comes Back”, “3-5-7”, “Death of Coyote Woman”, “Elk Blood Heart”, “Charles William” and “Talisman” one after the other. The band aren`t afraid to offer up more testing cuts with the ten-minute epic “Internet” with its wonderful keyboard riffs, a song that Charles says is about being alive.

At times I really felt that Charle`s vocals were evoked the spirit of the Lizard King himself Jim Morrison from acid rock, psychedelic rock band the Doors and the music a perfect platform for his distinctive voice.The fellas return for an encore with “Swallowed by the Sea”.

Well what can you say. it was a heavy, heady and hypnotic night, where at times I drifted off in a nice way, listening to this troupe.

A mesmerising event. All Them Witches certainly cast a spell on me.