WITCH ONE WILL YOU BE AT? 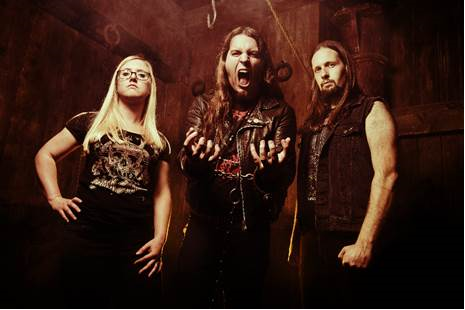 Guitarist and vocalist Necroskull says; “We’re thrilled to mark the first strike of the Hexenhammer with these special shows. While we are immensely proud of the record, these songs were written to bang heads and crush skulls live. Join us, maniacs, at the dawn of your own doom.” 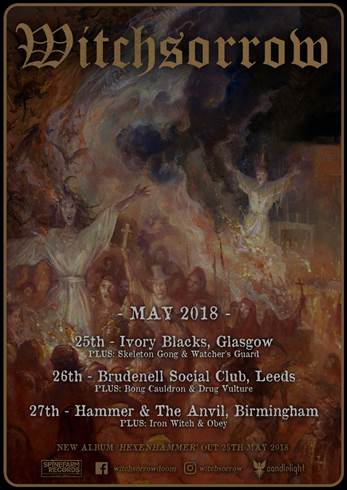 Recorded at Skyhammer studio in Cheshire with long-time co-conspirator Chris Fielding (Conan, Primordial, Electric Wizard), and mastered at the legendary Orgone studios by Jaime ‘Gomez’ Arellano (Ghost, Paradise Lost), Hexenhammer finds WS continuing to explore the darker corners of doom, illuminating them with the blinding light of sheer heavy metal forged of the strongest steel. It’s an almost anthemic soundtrack to the end of the world lyrics.

First single, ‘Demons of the Mind’, can be heard here: http://witchsorrow.lnk.to/hexenhammer