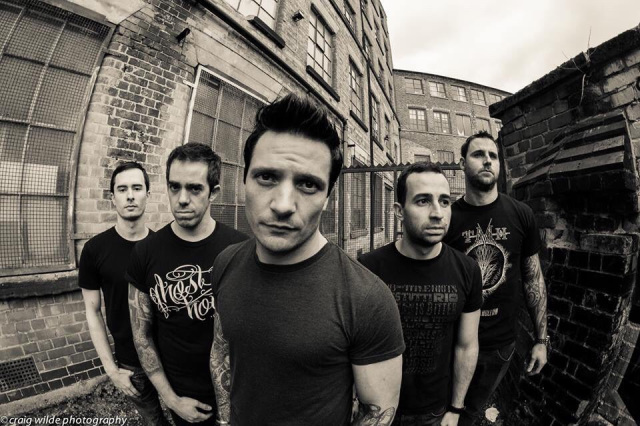 Nottingham band are making a statement

Balls to the wall, fresh out of Nottingham, Heavy  Metal band The Five Hundred are releasing their debut EP ‘Winters’ on November 23rd, 2015.

Their music video for ‘Come Closer’ was premiered over at Metal Hammer Germany, Revolver, Heavy Mag Australia and has been played on Alex Baker’s Fresh Blood Show on Kerrang! Radio, and Daniel P Carter’s Radio 1 Rock Show. The track is also featured on this month’s Metal Hammer covermount.

If you like your metal with a core at the end, but also with a splash of melody, then get your ears around these guys. The Five Hundred have just completed work on their debut release, ‘WINTERS’, produced mixed and mastered by Justin Hill (Sikth, Heart of a Coward), due for launch November 23rd 2015.

The Five Hundred are a five-man musical wrecking machine dedicated to pulverizing eardrums and rattling bones across the metal landscape. Dealing in an array of down-tuned riffs and barbed hooks, the UK/Gibraltarian quintet unleash an avalanche of crushing groove and belligerent aggression, broken up by some searing leads, haunting vocal melodies and devastating, earth-shaking breakdowns.

Delivering a potent soundtrack to urban warfare and social discontent, the band have shared stages with groups ranging from brutal grind-fathers Napalm Death and industrial pioneers Fear Factory through to progressive death-metallers All Shall Perish and metal media darlings Architects & Tesseract. 1. Winters
2. Come Closer
3. Shutter to the Light
4. The Cannibal Hordes

The Five Hundred Is: