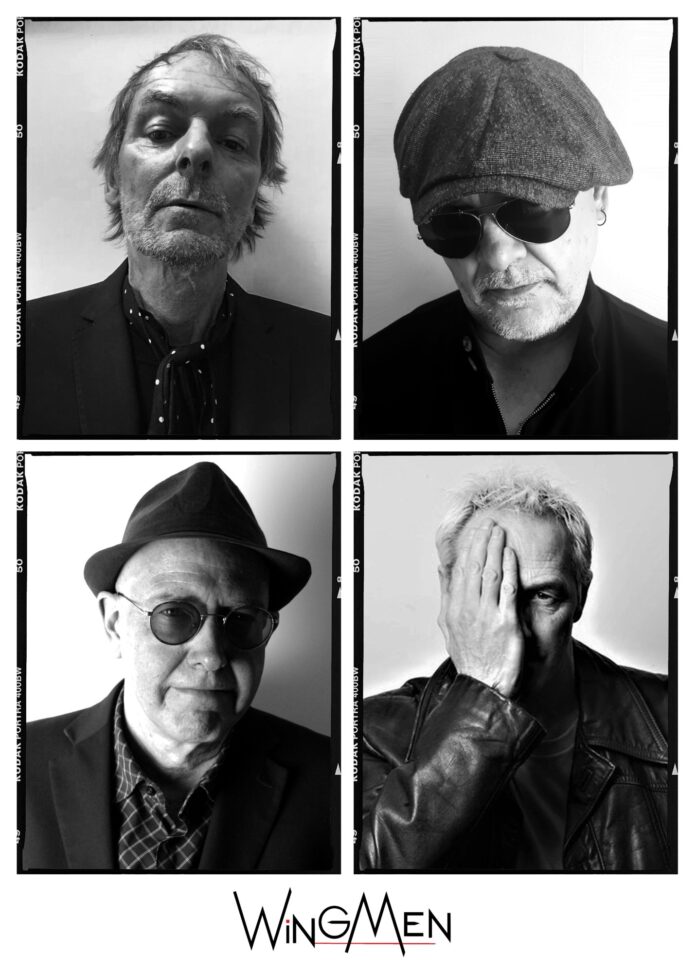 Wingmen, the new band formed in pandemic lockdown isolation by Baz Warne (The Stranglers), Paul Gray (The Damned), Leigh Heggarty (Ruts DC) and Marty Love (Johnny Moped), are excited to finally take their studio bound creations out on the road and have announced a UK tour for January 2023.

“It’s funny how these things turn out,” explains Paul Gray. “We had no idea where this project might take us; an idea born out of frustration became a full band within 24 hours, words and riffs and much tuneage followed, beers and jolly banter ensued when we finally met up to mix the results, a record company said “yes please!” and now we find ourselves taking the results off on tour! And we’ll be joined by Rob Coombes from Supergrass on keys – it’s gonna be an absolute blast!”

“I just can’t wait for this line up to hit the stage and play these songs to the public,” continues drummer Marty. “It’s all about getting your hard work heard and getting a real live reaction. And having Rob Coombes onboard will make this band sparkle.”

Due to be released January 27th via Cadiz Music, although Wingmen’s debut album was crafted in seclusion, there’s no doubting that the album’s ten songs, chock full of dynamic songwriting and performances, sound like a band, despite the unconventional way the album was fashioned.

“Although we’d recorded various parts at our homes for our respective bands before, none of us had employed this process to make a complete album! Only Marty and I had worked together before, so it was a complete leap into the unknown,” says Paul. “We all had loads of ideas to throw into the pot – some songs arrived completely fully formed that we simply added our own parts to, and others were more akin to musical sketches that ended up as co-writes. The album is a true collaboration inasmuch as none of us knew what parts or melodies or lyrics might be added by anyone else – it was an immensely exciting process! No rehearsals, no pre-production, just us winging ideas to and fro, with the drums going on last of all in the studio – which is completely the opposite of how things are usually done, of course.”

Catch Wingmen on tour at the following dates in January 2023: