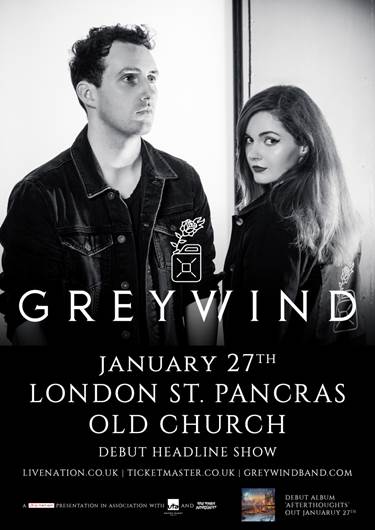 Following their spine-tingling performances in support of FARRO this month, Greywind can now reveal plans to play a very special and first ever headline show, at London St. Pancras Old Church, on January 27th 2017.

This show will be even more special, as it falls on the release date of their debut album, ‘Afterthoughts’ – come celebrate it’s long awaited arrival with the band themselves!

The album, ‘Afterthoughts’, was recorded with producer Jason Perry in Texas and is available to pre-order from the following retailers: