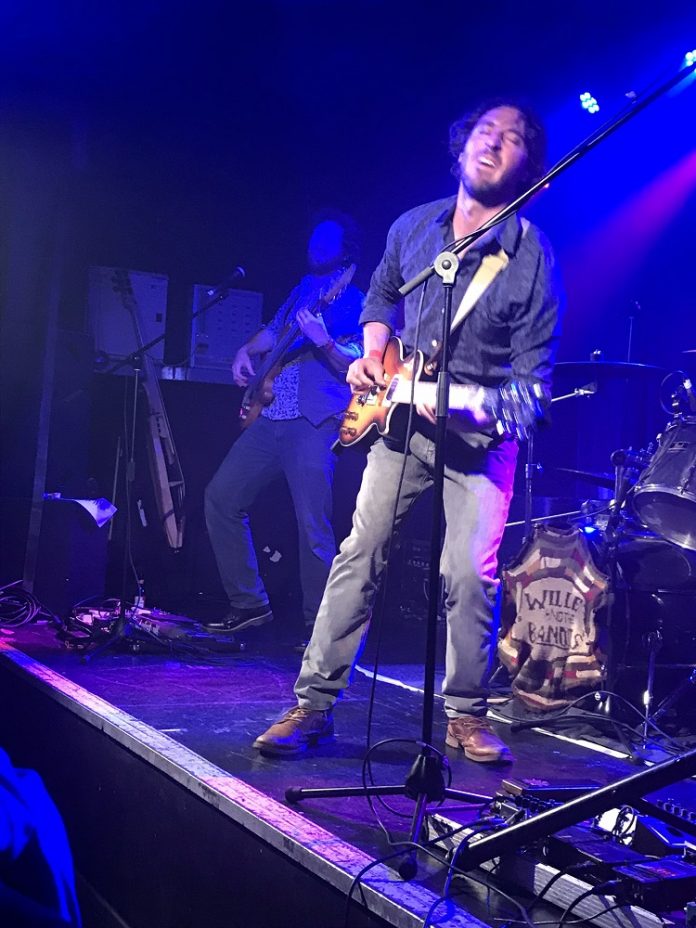 It’s interesting, when you haven’t seen a band for a lengthy period, to see how they’ve changed. It’s getting on for 18 months since I watched The Rainbreakers, and Shrewsbury’s finest are growing into the formidable thing I always thought they might. “Heavy Soul” has been shifted to opener, and seems imbued with an extra confidence, “She Got Me Anywhere She Wants” is more bluesy and less hard edged and the onset of summer – it’s been positively spring-like in the Midlands today – is perfect for “Lay It On Me” which ramps up the funk, and for the genuine warmth of “Lost In You”. Like back in the autumn of 2017, the highlight of the set, arguably at least, is their brilliant cover of Gary Clark Jr’s “When My Train Pulls In”, and guitarist Charlie excels here. They close with “Ain’t Nothing Going On” and you are left with the thought that perhaps it really is time for one of the least demonstrative bands in the UK to step forward into the limelight that everything about them seems to eschew. The Rainbreakers have been under the radar long enough. 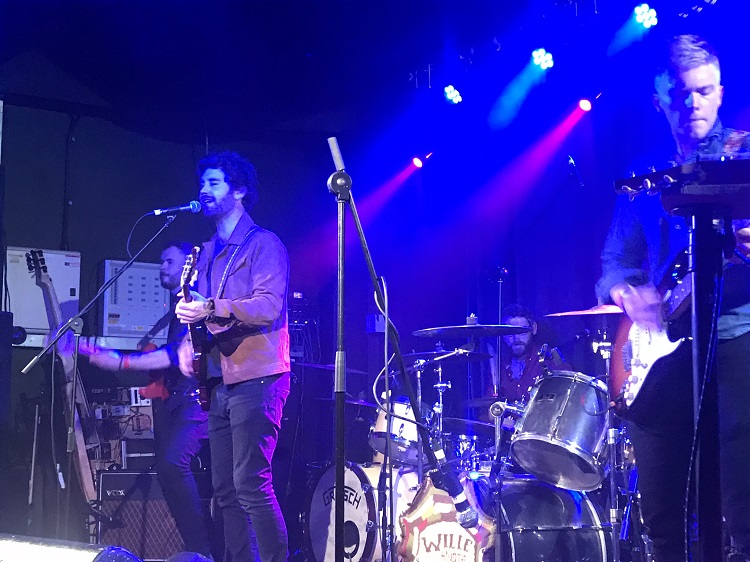 Word of mouth has always been the best advert. Wille And The Bandits are almost like one of those mythical tales about a monster on the moors. Like a “have you ever seen anything like it…..” but still, to most, a glorious secret.

That, you suspect, is just how they want it – oh and all those stories are true. There’s nothing quite like them.

To be honest, this is the first time I’ve seen them do a full set too. But their half an hour with Walter Trout last year was enough to convince.

WATB are special. Make no mistake about it.

Since then, they’ve stuck out their utterly magnificent “Paths” record, and you can tell how proud the three are of it, given that nearly all of it is played during the course of this  captivating 90 minutes.

The first four, actually are “Paths”, but they are walks that go everywhere. The simple rock n roll lick of “Victim Of The Night” stomps the opener, while “Make Love” is not the last time tonight that they invoke a seventies vibe of peace and harmony. This, though is a brilliantly paced gig more than anything, and that one is balanced by one of the heavier moments in “Find My Way”.

Wille Edwards is a wonderful musician, a fact he merrily proves in the Eastern tinged, “Watch You Grow” where his slide playing is about as good as it gets.

He is, though, only getting started.

Fleetwood Mac’s “Black Magic Woman” is given a makeover as Matthew Brooks jams his six string bass, and Andrew Naumann, who is superb on drums and percussion throughout each add something.

The positively funky “Keep It On The Down-low” recalls John Butler Trio, before they plunder the back catalogue. Indeed, they go straight to their roots as a Cornish folk band for “Mammon” – Brooks playing upright bass here, with a bow. “Paths” best moments follow. “Four Million Days” –  widescreen in music form – is only surpassed by “One Way”.

In the latter, there’s a guitar battle that sums the band up. There’s a skill, at a breathtaking level to be fair, but always with a smile and a self-deprecation. Another oldie in “Jack The Lad” and the main set ender “Bad News” are magnificent, but the singalong encore “1970” is a perfect conclusion.

Perfect because of what it represents. A bygone age, perhaps, where only the music mattered. “Good Times” goes its key line, and those two words actually are Wille And The Bandits to a tee. A downright uplifting experience and no hype is needed.