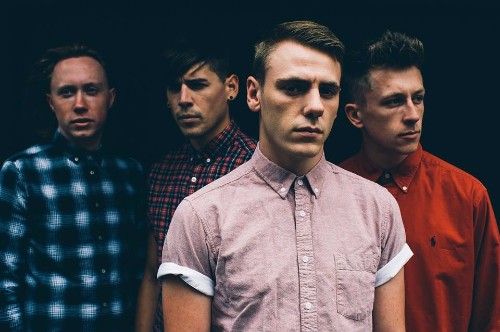 Explosive four-piece MassMatiks, have released the video for their second single ‘4AM’, which was premiered on Rock Sound. Inspired by a past breakup, frontman George Peploe comments on the video saying, “We wanted to connect the story of the song with the video, so we came up with the idea of setting up TVs and playing what was going through my head at the time.”

“As the song goes on, so does the narrative in the video. Trashing the TVs felt like the natural thing to do to reflect the emotions I felt during the breakup – not gonna lie, it was fun too…”

With a gentle opening lyrical lament, it doesn’t take long for ‘4AM’ to launch into a tirade of riffery and a huge melodic chorus. Laced with lead singer Peploe’s fiery British, invective-spitting vocals, ‘4AM’ is another serving of hard-hitting UK rock that sits proudly alongside fellow UK contemporaries such as Slaves, Sleaford Mods and Royal Blood.

The band recently supported fellow rockers Rory Indiana in June and as well an appearance at Y Not Festival and a London headline show at The Old Blue Last in July, Massmatiks will be hitting the road with Allusondrugs in August.

This is a true band of the people, oozing with raw honesty and not ones to lend themselves to a specific scene, sound or genre. With a raft of new music and even more shows to come this year, keep a watchful eye out for MassMatiks.