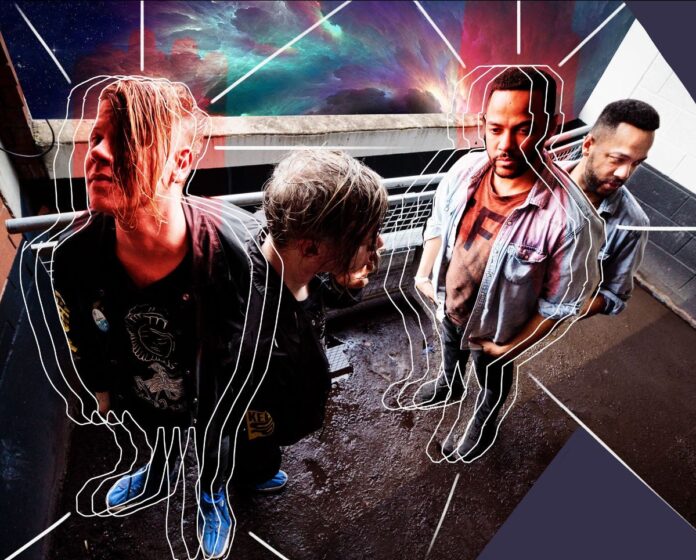 Birmingham lo-fi punk duo Yr Poetry are pleased to announce that their debut album Yr Poetry Ruin Music will be released on 5th August 2022 via Bandcamp.

The band will be playing tracks from the album at Handmade Festival 2022 and a special hometown party at Hare & Hounds, Birmingham on 11th August (see below for listings).

To celebrate the news, the band have today revealed the video for new single ‘Songs That Mention Radio Are Cheating’ which is released on 7th July 2022 via Alcopop! Records.

Commenting on the track, the band said: “The second half of this song is a song about a man who wrote a song and the woman he wrote it for. The first half is all I can remember of that song. I hope they’re both doing well.”

The new single is the follow up to their 2021 single ‘Porthmadog, dog’, which is also out now.

Comprised of band members and long-term friends Alexei Berrow and Junior Laidley, the duo have some solid musical credentials, between them appearing in the line ups of johnny foreigner, itoldyouiwouldeatyou, Yr Friends, Sunshine Frisbee Laserbeam and Fridge Poetry over the years.

“We started this band like a newly home’d couple buys a puppy and it kinda accidentally grew into a wolf,” the pair say of the venture, which they originally saw as an experiment into the questionable intrinsic financial value of songs versus the cultural balm of supporting art, trying to establish a new financial model for themselves as independent artists.

After two early EP releases No Tribes (2014) and Rocket Season (2016), the band decided to experiment with a subscription model that would see them record and release three EPs on a 22 track compilation with additional physical treats for fans.

Comprising initial two parts One Night Alive (2017) and Lost Boys (2017), the band took an unintentional two year hiatus from the project, releasing further split EPs with Falls and Summerman (2018), and Other Half, Grieving and Yarraman (2019, Venn Records).

They returned to finish the trilogy with 2020 EP Home Movies, spending the rest of the year in lockdown with Alexei taking custom commissions for personalised songs, and Junior pen and record 21 tracks for fans covering everything from apologies, thanks, memorials, tributes, celebrations, grief, and proposals.

Pre-pandemic, the band toured the UK and Europe alongside Spielbergs, Charly Bliss, Kermes, Cassels, Slingshot Dakota and more, appearing at Handmade Festival, Swan Fest, Washed Out, Big Scary Monsters’ Big Day Out and many others, as well as touring Japan twice.

‘Songs That Mention Radio Are Cheating’ is released 7th July 2022 via Alcopop! Records