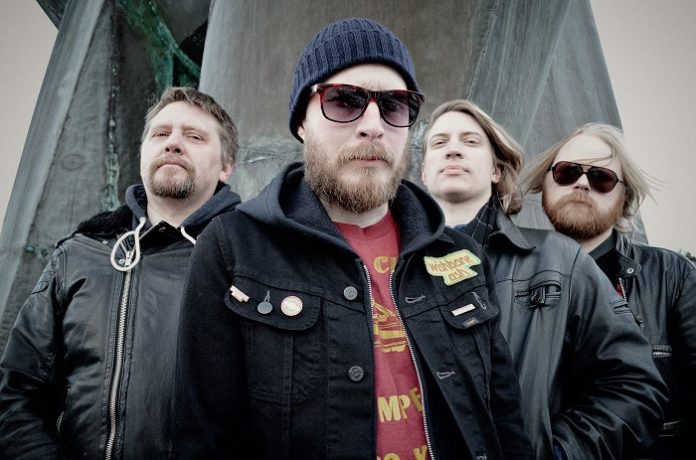 Wheel In The Sky are heading for the night. After a one night stand in a damp basement in the spring of 2014 the urge to create something grand was born. Wet, hot and sticky summer nights in the same basement resulted in the debut album called “Heading For The Night”. Eight tracks of pure rock energy combined with the fury and drug-induced psychosis of sixties garage. Spiced with the anger of punk, the haunting sadness of post-rock and the epic sounds of seventies classic rock.

Wheel In The Sky tells stories. Each song contains echoes of the past as well as visions of the future. “Heading For The Night” takes you on a journey. You will visit the smallest crevices of your mind and you will ride the vast freeways of space. You will encounter murder, religion, madness, sorrow and hate.

The album was recorded and mixed by Olle Bilius. Mastering was done by Niels Nielsen and the artwork was made by Robin Gnista.