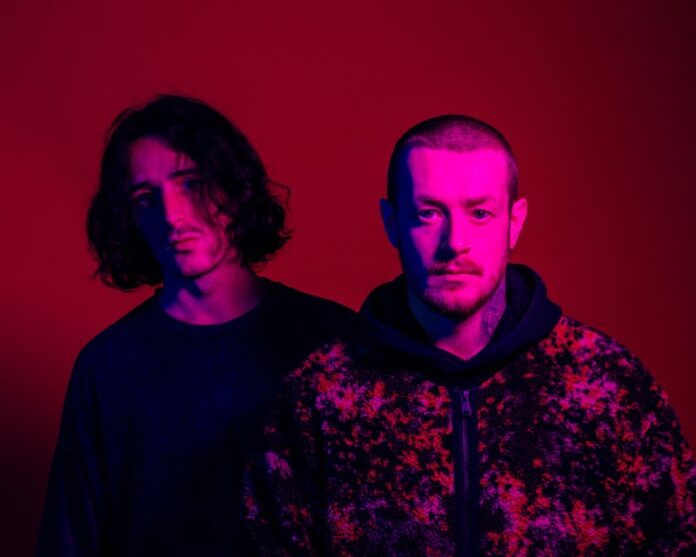 Pop/rock outfit Deaf Havana have just released an incredibly heartfelt and honest song, in the form of Nevermind. The stripped-back track showcases the more vulnerable side of frontman James Veck-Gilodi’s song-writing prowess.

James explains of the track, “Nevermind is the second song we wrote for The Present is a Foreign Land and it is maybe my favourite on the record. This song is about the back end of 2019/first few months of 2020, which was pretty much the lowest point of my life to date. I tried to channel that emotion into the vocals when I recorded it. We tried to keep it simple on this with mainly keys, guitar and strings to really let the lyrics come through. This one means a hell of a lot to me so I really hope people connect with it!”

The band have also just announced a string of intimate shows in celebration of the release of their album, The Present Is A Foreign Land. The first show is in Kingston at Banquet Records on the day of release (Friday 15th July), and will hit stops in Liverpool, Leeds, Sheffield, Southampton before finishing up at Brighton’s Resident Records on 21st July. Deaf Havana also recently announced the long-awaited news of a UK headline tour. They will kick things off at Cardiff’s Tramshed on 8th November, making their way around stops in Nottingham, Manchester and at London’s Roundhouse on 12th November, before wrapping things up in Glasgow at SWG3 on 14th November. Tickets available here.

Deaf Havana headlined the Rock Sound stage at Slam Dunk Festival earlier this month, to a packed out crowd. The band will headline their second festival of the year, at Burn It Down Festival in Torquay, on Saturday 3rd September. The pair were invited by Don Broco to support them at London’s historic Royal Albert Hall in March, on behalf of Teenage Cancer Trust and shortly before this, the duo made a triumphant return to the stage at a sold out intimate show at Lafayette in London.

In 2020, Deaf Havana were ready to go their separate ways after a decade together, but then the pandemic hit and they had no choice but to stop. Despite the band making the tough decision to call it a day, Matty continued to write songs and it was this that brought him and brother James back together after a turbulent few months. The two-piece decided to continue as Deaf Havana, and holed themselves up in a studio in Hastings with producer Mike Horner (Hot Chip, Jess Glynne, YONAKA and more). The result is The Present Is A Foreign Land; a mature and accomplished body of work. The 12-track album will consist of previously released singles, On The Wire, Kids and Going Clear.

Deaf Havana have risen through the ranks during their time as a band, earning themselves coveted accolades including three Top 10 albums in the Official Charts with Rituals, All These Countless Nights, and Old Souls. 2018 saw them play their biggest headline show to date at Brixton Academy, alongside appearances at festivals such as Reading & Leeds, Mad Cool and Pukkelpop. Since then, Deaf Havana have played a sold out German headline tour, their biggest UK headline tour and their debut festival headline slot, at 2000 Trees.

Previous article
BAND OF THE DAY: PISTOLS AT DAWN
Next article
PARKER PENS A NEW ONE