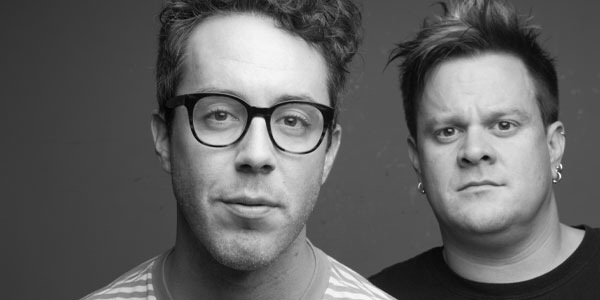 Is this the duo all the bad guys want? Meet the band who named their album after a fan

People On Vacation – who feature Bowling For Soup’s Jaret Reddick – are back with new album, The Chronicles Of Tim Powers’.

The two Texans funded the release through a hugely successful PledgeMusic crowdfunding campaign and as a testament to their commitment to fan interaction, they even named the album after one lucky pledger!

As well as Reddick the band features Ryan Hamilton from the band Smile Smile.

Released on the 8th December in the UK through Brando Records, the eleven songs on ‘The Chronicles Of Tim Powers’ are the end result of months of hard work by Ryan and Jaret.

The first video from the album “You May Not Believe In God” will be aired on MVM on Tuesday morning.