WELCOME TO THE JUNGLE? 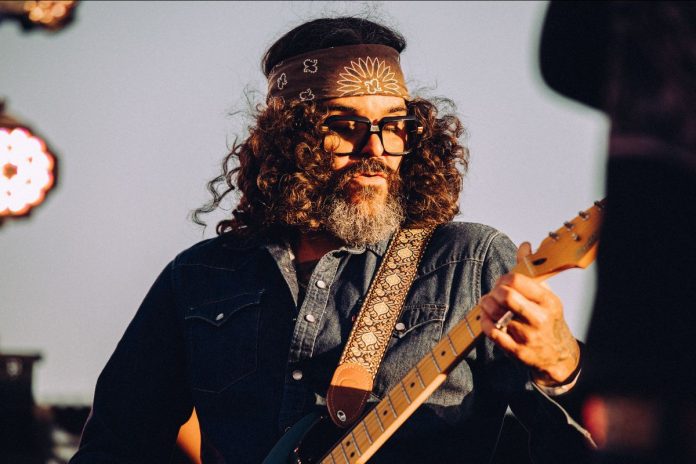 Even before you know it’s self-titled, and even before you read the LP liner notes, you know it’s all BRANT BJORK. The man who has become the ambassador of Californian desert rock indeed plays every instrument across his 13th studio full-length “Brant Bjork”. This in itself is something of a departure from recent offerings, as on 2018’s “Mankind Woman”, Bjork worked closely with guitarist Bubba DuPree, and both 2016’s “Tao of the Devil” and 2014’s “Black Power Flower” were constructed around the Bjork-led Low Desert Punk Band. Now set for a release on April 10th with cult and fuzz rock powerhouse label Heavy Psych Sounds, the Godfather of desert rock is sharing the details plus a first track taken from his upcoming, brand new album!

Get smooth with new single “Jungle In The Sound” HERE!

Revisiting his 1999 debut “Jalamanta” for a Heavy Psych Sounds 20th anniversary reissue last year had some effect on Bjork’s mindset in terms of working solo, but he’s come too far in the ensuing decades to repeat himself, and the songs on “Brant Bjork” – recorded and mixed by Yosef Sanborn in Joshua Tree and mastered by John McBain (ex-Monster Magnet) – are showcasing that in perfection. There’s no mistaking BRANT BJORK, and on this new album, he strips his songwriting style to its core and brings out the organic vibe that’s made him desert rock’s most crucial practitioner.

New album “Brant Bjork”
Out April 10th on Heavy Psych Sounds
PREORDER
TRACK LISTING:
1. Jungle In The Sound
2. Mary (You’re Such A Lady)
3. Jesus Was A Bluesman
4. Cleaning Out The Ashtray
5. Duke Of Dynamite
6. Shitkickin’ Now
7. Stardust & Diamond Eyes
8. Been So Long

His legacy and pedigree are unmatched, with tenures in Kyuss/Vista Chino and Fu Manchu as well as the sadly-shortlived Ché, Ten East and others, but it is Brant Bjork’s solo work that has had his greatest impact and shown him to be of inimitable character in craft and style. His unrelenting creativity and one-of-a-kind voice are written large over the new “Brant Bjork” LP, which is precisely how it should be, and after more than two decades of exploring out in the sands, Bjork continues to find new ways to manifest not just the landscape of the desert, but the spirit of his relationship to it. In short, he is a master, and this is the record that bears his name.Heavy Psych Sounds has also announced to re-issue Bjork’s timeless classics, “Punk Rock Guilt” and “Gods & Goddesses”, in April 2020. Get this finest selection of BRANT BJORK’s masterpieces, re-mastered and coming with brand new artworks HERE!