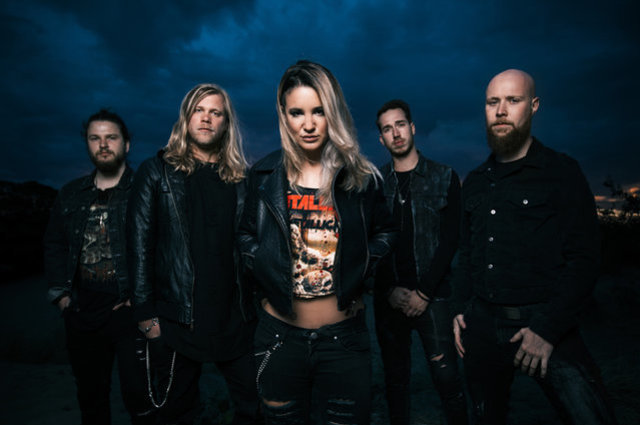 Amsterdam based metal band THE CHARM THE FURY have released the new lyric video for their song ‘Weaponized’. The song comes off of their recently released album, The Sick, Dumb & Happy.

The band commented: “Love is one of those things songwriters and global media conglomerates just can’t get enough of. You can’t listen to the radio without being bombarded with sappy love songs. You can’t pick up a magazine or watch TV without being barraged with advertisements promising you to become more attractive, better looking, smelling better than anyone else. In short: something the opposite sex simply can’t resist.

What’s often overlooked is that ‘love’ in the modern age has become an industry, designed in boardrooms, by people looking to push a product or image on you. A tool designed to keep consumers in check. And those that do not fit the norm end up feeling left out and misplaced. Victims of an industry.”