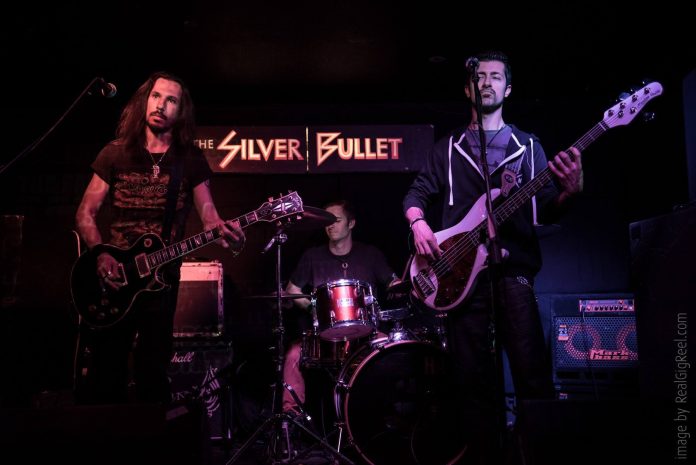 Meet Cairo Son. The band that got themselves ready to take on the world due to a meeting a Harley Dealership. In the first of a series of articles with one of our tips for 2015 the band explain how they got together

Right from the moment in Easy Rider that Born to be Wild kicked in, the motorbike has been synonymous with Heavy Metal. Metal people the world over were looking for adventure and whatever comes their way on their two wheels – and that’s before we speak about the mods and rockers rucking on Brighton beach.

For many, though, it’s romanticism. For Cairo Son, the motorbike is about far more than that. It’s is the reason their currently is a Cairo Son right now.

The story goes like this: a couple of years ago Magdy Abdel Rehim wrote a record called “Heart Against The Feather.” A remarkable mini album, it’s raw lyrics were juxtaposed by some magnificent guitar playing. Gradually, though, the band drifted apart and Magdy by his own admission, “did nothing with it.” Until that is a call from a friend led to a chance meeting.

“There’s a Harley dealership here in London, called Warr’s.” Explains Magdy exclusively to MVM “Their Managing Director had been a big fan of the record and he asked me to play an event at the shop. I ride a Harley, and I went down, and I saw Kris Rich and Rico Terella there and got chatting.”

Rico and Kris are gifted musicians who amongst other things, form the rhythm section in Curran. The trio bonded over their love of motorbikes, but crucially, admits Magdy they all said the magic word: “that word was Soundgarden,” he smiles.

The man who, as the son of an Egyptian, is literally Cairo Son, grew up with many bands, sports a Down tattoo on his arm, but maintains a special bond with the likes of Soundgarden and Alice In Chains: “Those bands are really important to me and always will be,” he admits, with obvious affection in his voice.

The three began jamming on the tracks that Magdy already had, but also on some new material, and says Rico: “it was just right.”

With the initial jamming out of the way, version two of Cairo Son was ready to go. Since then, the trio have played gigs all over the South East, and are looking to bring their unique sound to other areas of the country in 2015.

Cairo Son are one of MVMs bands to watch in 2015 and there is much more to come from them in future weeks. Including why X Factor contestants deserve respect, but why it’s also killing music. Why the internet is a bad thing, the perils of being a live musician and why their music will always be miserable.